Kyle Busch leads the pack to the line to end stage 1 of the Daytona 500. Busch was later eliminated in an incident. Photo by Edwin Locke/UPI | License Photo

There was a time when road racing was hazardous to a NASCAR driver's career. When the sanctioning body first returned to road racing at Watkins Glen, N.Y., in 1986 and then three years later in Sonoma, Calif., many of the drivers openly expressed their dislike for right as well as left turns. Some were replaced by "ringers" -- drivers with expertise on road courses in other types of racing.

Ricky Rudd, Mark Martin and Rusty Wallace stepped up to the challenge and won regularly in the absence of many other good road racers. One might say the same for Jeff Gordon and Tony Stewart, the dominant drivers on road courses in the most recent generation. Among current drivers, only Kyle Busch has more than one road course victory.

Does that mean the majority of their brethren struggle on the road circuits?

Another perspective on the modern era of NASCAR road racing would be the careers of the series' most dominant drivers. Seven-time champion Dale Earnhardt Sr. took one victory at Sonoma and never won at Watkins Glen. Reigning seven-time champion Jimmie Johnson has the same record -- one victory in California and none in upstate New York.

Having recently signed a new three-year contract with Hendrick Motorsports, Johnson will have ample opportunity to improve his road racing record, in part because a third road course is being added on the infield and road circuit at the Charlotte Motor Speedway next year.

The road races are exciting in part because of the improvement of driving skills by those competing in what is now known as the Monster Energy NASCAR Cup Series. But perhaps there's still a dirty little secret at large. One wonders how many drivers show up at a road circuit with their only intention being not to getting hurt badly in the points standings by just keeping the car on the track.

Driver Jamie McMurray, who has started on the pole and come close to winning at Sonoma for the team owned by Chip Ganassi, explains why it's difficult to challenge for the win at Sonoma.

"Sonoma is just such a unique place," he said. "Not just because it is one of only two road course races for us, but because it is so technical. This is a demanding race because we run such a limited amount of right and left turns. We usually experience hot temperatures at this race and it can get crazy hot in the car, which adds to the fatigue factor. One simple mistake can ruin a lap, so you have to remain focused."

This year's new stages are designed, in part, to force drivers to race hard. The stages will be slightly different at Sonoma due to the race being 110 laps on a course that is 1.99 miles long. The first two stages will be 25 laps each followed by a final stage of 60 laps. The majority of the field is likely to wait for pit stops until the mandatory caution period at the end of the first two stages, then take one third and final stop in the last stage. If a driver is inclined just to keep the car on the asphalt, this configuration presents a fairly reliable approach.

Last year, Stewart won by pitting just before a caution (in an unscheduled stop). He then became the leader and got enough cushion for his fuel mileage due to the caution. There may be others who try this strategy in the last stage -- or start by pitting early in the first stage to gain track position when all others pit after Stage 1 and then try to stretch mileage in the final stage.

"Sonoma is tricky," said Johnson, who won in 2010 shortly after brushing up on his road racing by driving in the Rolex 24 at Daytona. "Track position is important and there are all kinds of different strategies going on throughout the field which keeps the engineers on their toes. We hope to qualify well and if you can save fuel it usually creates more opportunities towards the end of the race."

The race is another excellent opportunity for Busch to break out of his string of bad luck and get Joe Gibbs Racing into the Victory Lane for the first time this season. The Las Vegas native is head and shoulders above his peers when it comes to road racing. He swept both road course events in 2008 at the age of 23. He won at the Glen in 2013, but his biggest road course win came in 2015 at Sonoma.

That's when Busch scored his first victory after his injurious crash in Daytona, which subsequently launched him to the championship. In the absence of Gordon, who had five career victories at Sonoma, Stewart and Carl Edwards, who was the winner for JGR at Sonoma in 2014, Busch is easily the favorite on Sunday.

The other most recent winner at Sonoma among current drivers is Martin Truex Jr. He won in 2013 and currently holds second in overall points and first in stage points. Truex says he loves road racing -- a sure sign he'll be pushing the pace whenever possible.

"No matter the difficulty of Sonoma's road course, I love road racing," he said. "We've not only had good runs at Sonoma but also at Watkins Glen. Actually, the first racing I ever did was on road courses in a go-kart. I had to pick it up early. You couldn't race on ovals in New Jersey until you were 18 so I raced a lot of road courses early and learned what it takes to do well on them."

The addition of a third road course during next year's playoffs puts even more pressure on drivers, who now have access to simulators, to step up their game if they want to be a champion. This list includes current points leader Kyle Larson of the Ganassi team. He didn't road race until he got to NASCAR's Xfinity Series and finished 15th and 12th in his first two Cup races at Sonoma. He has yet to lead a lap.

Larson co-drove to victory in the Rolex 24 with the Ganassi team in his first outing in the sports car race in 2015, but then crashed after losing his brakes the following year. He will likely be one of those trying to keep his car on the asphalt and not mess up his points standing. It will be interesting to see how he fares versus Truex. After all, there are 15 playoff bonus points available to the driver who leads the points at the end of the 26-race regular season. 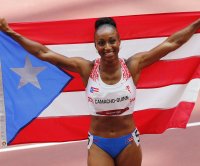 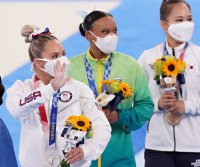