Golf to remain in Olympics through 2024 Games 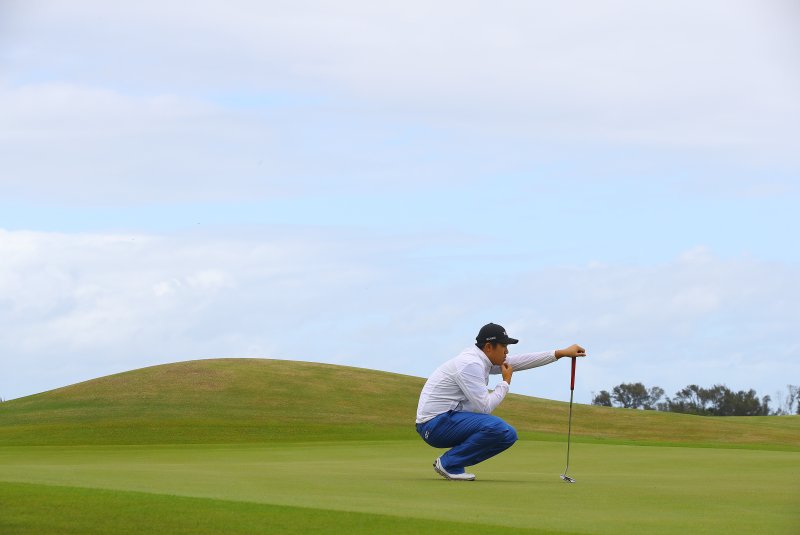 South Korean golfer An Byeong-hun reads the green during the second round of the men's golf competition at the Rio 2016 Summer Olympic Games on August 12, 2016. Golf will remain an Olympic sport through the 2024 Games. File photo by Yonhap News Agency/UPI

Golf will remain in the Olympic Games at least until 2024 after the International Olympic Committee Executive Board on Friday approved that all 28 sports from the 2016 Games in Rio de Janeiro will return.

"The IGF is gratified to learn of the IOC Executive Board's decision to include golf in its recommendation for the Olympic Games Programme in 2024," the International Golf Federation said in a statement on Saturday. "We look forward to learning the outcome of the final vote at the IOC Session in September.

"We were always confident that golf would deliver exciting men's and women's competitions in Rio de Janeiro and even at that, it exceeded our expectations. Now, we are excited to build upon the success from last year as we prepare for the 2020 Games in Tokyo and, hopefully, beyond."

The recommendation of the IOC Executive Board is set to be ratified by all IOC members at the 130th IOC Session scheduled for Sept. 13 in Lima, Peru.

On that date, it also will be announced whether the 2024 Olympics will be hosted by Paris or Los Angeles.

Golf will be played in the 2020 Games at Kasumigaseki Country Club in Tokyo.

Justin Rose of Great Britain won the gold medal, with Henrik Stenson of Sweden grabbing the silver and Matt Kuchar of the United States taking the bronze in the men's golf competition in Rio.

Sports News // 21 minutes ago
Defending champ Simona Halep out of Wimbledon with injury
June 25 (UPI) -- Romania's Simona Halep, the world's No. 3 women's tennis player and defending Wimbledon champion, said Friday she won't be in London to defend her title next week at the prestigious event due to an injury.

NBA // 1 hour ago
Paul George leads Clippers over Suns in Game 3
June 25 (UPI) -- Paul George scored a game-high 27 points to help the Los Angeles Clippers shade the smoldering Phoenix Suns in Game 3 of the Western Conference Finals and cut the series deficit to 2-1.