When the New York Jets gave a contract to quarterback Josh McCown on March 20, it was not a good sign in more ways than one.

McCown has a reputation as a good locker-room guy and is skilled enough to have remained in the league since 2002. But McCown turns 38 years old in July, is 2-20 in his last 22 starts and is 13 seasons removed from the only time he started more than 11 games in a season.

McCown has not been in the recent discussions around the quarterback-needy league -- controversial or otherwise -- that included Tony Romo, Jay Cutler, Colin Kaepernick, Mike Glennon and even Brock Osweiler.

Signing McCown may be seen as the final flourish in an off-season that positions the Jets for a top pick in the 2018 draft. Oh, yes, they pick No. 6 overall in this year's draft.

Before signing McCown, the Jets shed three-fifths of their offensive line - including future Ring of Honor inductee Nick Mangold - as well as future Hall of Fame cornerback Darrelle Revis, wide receiver Brandon Marshall and kicker Nick Folk in a spate of transactions that cleared more than $45 million in cap room.

Here is a closer look at where the Jets are, how they got here and a shot at what they should do with their first pick in the draft.

1. Offensive line: The Jets probably won't find their much-needed franchise quarterback in this draft, but maybe they can discover one or two guys to protect him. The offensive line is in the midst of a complete overhaul, with only guard James Carpenter remaining from the 2015 season opener. There aren't any can't-miss offensive linemen in the top 10, so don't be surprised if general manager Mike Maccagnan trades down from the No. 6 pick to get his lineman as well as an extra pick.

2. Cornerback/safety: The Jets used to be loaded at cornerback and empty at safety. Now they're in dire need of help at both positions. If Maccagnan stays at No. 6, he should be able to pick from the likes of cornerback Marshon Lattimore. Marlon Humphrey and Chidobe Awuzie or safeties Jamal Adams and Malik Hooker.

3. Tight end: There's de-emphasizing a position, and then there's what the Jets did with the tight end under former offensive coordinator Chan Gailey. Tight ends caught just 26 passes the last two years. A team with as many needs as the Jets probably can't reach for Alabama tight end O.J. Howard early in the first round, but they'll almost surely add a tight end sooner than later.

KEY PERSONNEL TRACKER (As of April 3)

O.J. Howard, TE, Alabama. If the Jets indeed plan on entering next year with Josh McCown, Bryce Petty and Christian Hackenberg at quarterback, adding weapons in the passing game is a must. After spectacular performances at the Senior Bowl and Combine, Howard is gaining traction as the top pass-catcher in this draft and a top-10 pick.

Mitch Trubisky, QB, North Carolina. In his two drafts as general manager of the Jets, Mike Maccagnan has drafted two quarterbacks in the top four rounds (Bryce Petty, Christian Hackenberg). But neither should preclude New York from drafting a quarterback high in this class and the Jets have shown interest in Trubisky. 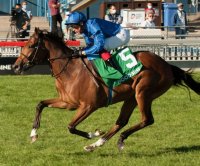