The Fighting Irish are saddled with an underachieving 2-5 record and Swarbrick addressed speculation pertaining to Kelly's status by insisting that "Brian will lead this team out of the tunnel opening day next year."

The 55-year-old Kelly said he saw no need for such a statement.

"Anytime that your athletic director has to come out and say that, as a head coach you're disappointed that any comments like that have to be made," Kelly said at a press conference. "I didn't ask him. That was his decision, but, you know, I clearly understand what he was doing.

"He was probably sick and tired of being sick and tired, too. But for me, it's disappointing, you know, certainly that you have to make those comments."

Notre Dame was a preseason Top 10 selection before the disappointing season began with a double-overtime loss to Texas. After beating Nevada, the Fighting Irish followed with losses to a down Michigan State squad and Duke to sit 1-3.

Norte Dame beat Syracuse before scoring 13 total points the next two weeks in losses to North Carolina State and a Stanford team playing well below expectations. The Fighting Irish had a bye last Saturday.

Kelly, in his seventh season as Notre Dame coach, is certainly aware that 2-5 is well beneath the standards of the tradition-laden program.

"We don't spend time talking about worst or bad or all-time negative, things of that nature," said Kelly, who has a 57-28 mark with the Fighting Irish. "We are who we are. We're 2-5. We know where we are. That's not really going to be a solution to us.

"If I've got to get them motivated to be successful by using, 'You guys don't want to be one of the all-time losingest football teams,' then we recruited the wrong guys.

"... I don't have to hit them in the nose with a newspaper and remind them of that. We don't talk about that. We talk about, how do we get a win?"

The Fighting Irish host Miami this Saturday. Kelly has won at least eight games in every season of his Notre Dame tenure so a sixth loss would represent a new low.

He also signed a contract extension through 2021 last January so it would also be one hefty price to dismiss him after a down campaign.

Swarbrick certainly would consider the long-term commitment in any decision that must be made.

"Just as I wouldn't single out any individual player, it's unrealistic to say, 'Oh, the result of this lays solely at the feet of the head coach,'" Swarbrick said last Friday. "I bear responsibility. I'm ultimately responsible for our performance, so all of us are in this together. But I can tell you I continue to have complete confidence in Brian.

"I think you really see what you've got in a coach with how they manage times like this, and I think he has done a great job of it. His focus has been really laser sharp, his relationship with this team is probably as strong as any that I've seen with him at Notre Dame, and those are all positives.

"Neither of us are satisfied with 2-5, but I'm at most of the practices. I'm at training table. I have an office at the Gug (football complex) in addition to my other office. I get to see the program day in and day out and I continue to have great confidence in Brian and confidence in our future as a program."

Notre Dame last had a losing season in 2007 when the Charlie Weis-led team went 3-9. 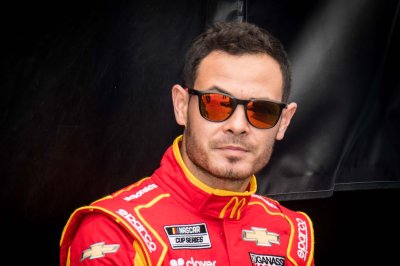