San Diego Chargers Head Coach Mike McCoy holds his review flag as he watches the scoreboard replay in the second quarter against the Oakland Raiders at O.co Coliseum in Oakland, California on December 24, 2015. McCoy threw the flag but lost the review. The Raiders defeated the Chargers 23-20 in overtime. Photo by Terry Schmitt/UPI | License Photo

SAN DIEGO -- Coach Mike McCoy of the San Diego Padres had a quick response when asked about the Chargers breaking camp.

What's the biggest difference about morphing into the regular-season routine?

The coach was right, of course, as the Chargers enjoyed a quiet weekend after beating the Arizona Cardinals, 19-3, on Friday night.

Camp is done and of course it came with some bumps and bruises.

The biggest blow was never seeing defensive end Joey Bosa, as he continues to be idle in a contract dispute.

The biggest thing for McCoy was working with the Cardinals in the two days leading up to the exhibition game. The Cardinals and Chargers had a set plan on what they wanted to work on and when.

It was plan that was executed well, save Cardinals coach Bruce Arians missing most of the practice because of stomach problems.

"For us it was a great experience because we got to see our players play against a very good football team," McCoy said.

The Cardinals, one of the NFC's top teams, are that.

But no so the Chargers, after a 4-12 season which saw them miss the playoffs for the fifth time in six seasons.

"It was a positive experience for us," McCoy said.

Now the Chargers look ahead to opening the Minnesota Vikings new digs on Aug. 28.

It gives the team one extra day to practice this week.

"We did a lot of good and bad things the other night," McCoy said. "We've got some things to clean up.''

NOTES: DE Joey Bosa remains unsigned as he gets closer to missing the preseason. Bosa, the draft's third overall pick, is haggling with the Chargers on the timing of his $17-million bonus and offset language regarding future contracts. It appears the parties have dialogue again after reportedly going weeks without negotiating. ... QB Mike Bercovici had an uneven night against the Cardinals. Bercovici, a rookie is trying to land a spot on the practice squad and coach Mike McCoy said his performance showed his youth. Bercovici was 9-of-13 for 108 yards. ... RB Branden Oliver continues to prove not to overlook him regarding the team's running game. He was a shifty with some of his runs and finished with 17 yards on five carries. He added 19 yards on a reception. ... WR Dontrelle Inman had to leave the game after absorbing a big hit over the middle. Inman didn't have a concussion but the Chargers were playing it cautious. ... TE Jeff Cumberland was put on injured reserve after sustaining an Achilles tendon injury against the Cardinals. ... G Donavon Clark, whose stock was rising, is going on injured reserve. He hurt a knee against Arizona. ... QB Philip Rivers didn't play, which was the pre-game plan according to coach Mike McCoy. ... E Antonio Gates, a 14-year pro, didn't play against the Cardinals. 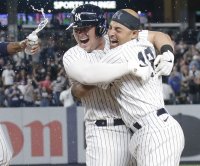 NHL // 6 hours ago
Stanley Cup Playoffs: Beauvillier, Islanders force Game 7 vs. Lightning
June 24 (UPI) -- Winger Anthony Beauvillier intercepted the puck and ripped a wrister into the net 68 seconds into overtime to lead the New York Islanders over the Tampa Bay Lightning and force a Game 7 in the Stanley Cup Semifinals.

MLB // 7 hours ago
Bo Bichette, Robbie Ray lead Blue Jays over Marlins
MIAMI, June 24 (UPI) -- Bo Bichette was the only player to record multiple hits on the night, and the Toronto Blue Jays pitching staff held onto a narrow lead late to lift the team to a tight road win over the Miami Marlins in Miami.

NBA // 7 hours ago
Hawks' Trae Young burns Bucks for 48 points in Game 1 win
June 24 (UPI) -- Trae Young scored a playoff career-high 48 points in his Eastern Conference Finals debut to lead the Atlanta Hawks to a clutch road win over the Milwaukee Bucks in Game 1 of the series in Milwaukee. 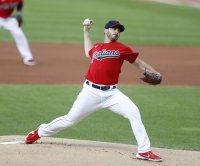 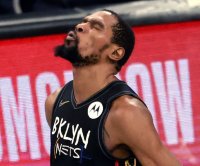 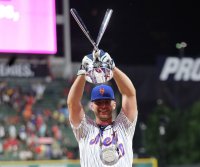