DETROIT --- The Detroit Tigers ended their homestand just like they started it, as they swept their opponent. What happened in between made it much less satisfying.

The Tigers took all four games from Seattle, came up empty in three games against Central Division leader Cleveland, then bounced back with two victories over Miami.

Miguel Cabrera homered and drove in three runs and Daniel Norris struck out a career-high eight batters as the Tigers cruised past the Marlins 10-3 on Wednesday at Comerica Park.

"You don't want to get swept three games by the team you're chasing," Tigers manager Brad Ausmus said. "That was the downside but 6-3 is a good homestand."

The Tigers won't see Comerica again until the middle of next month. They play 11 consecutive road games prior to the All-Star break.

"We're still in third place, so we've got to get going," said Cabrera, who tied Billy Williams for 48th place on the all-time home-run list with his 426th career blast. "We've got to play more over .500 and win more games."

Cabrera and Jarrod Saltalamacchia, who also homered, had three hits apiece for the Tigers.

"We haven't played our best against Cleveland but that's one team," Kinsler said. "We still have a lot of games to play and we've been playing really good baseball lately."

Norris (1-0), making his second start of the season, gave up two runs on eight hits in five innings while notching the victory. A handful of his strikeout victims were caught looking.

The Tigers staked him to a four-run lead in the first inning and never looked back.

"It's big for Daniel to work with a four-run lead," Kinsler said. "Any time you can give your pitcher runs early, it's big. He didn't have the greatest second inning, he kind of struggled a little, but he was able to settle down and only give up two runs today."

Martin Prado had four hits and scored a run for Miami while Adeiny Hechavarria added an RBI triple. Ichiro Suzuki continued to close in on 3,000 hits with two singles and an RBI. Suzuki now has 2,988 major-league hits.

"You get behind the eight-ball early with the four runs, but it's really after that that hurt us," Marlins manager Don Mattingly said. "We came back and got two and at that point we're back in the game. Then we give one right back and it seemed like we didn't do anything from that point forward."

Miami was coming off a weekend series in which it took three of four games from the Chicago Cubs.

"I'm disappointed," Mattingly said. "Last night, we had chances all over the place and don't get it done early and then they jumped us. Today, we get behind early, get right back in it and just don't do anything after that. But there's no time for (dwelling on) that. If there's changes to be made, we'll make them. That's all there is to it."

The Tigers batted around in the first inning while grabbing a 4-0 lead. Detroit loaded the bases on two singles and a hit batter before Martinez knocked in two runs with a single past first baseman Chris Johnson. After a walk, Justin Upton singled to make it 3-0 and Saltalamacchia added a sacrifice fly before Koehler got the final out during his 45-pitch inning.

Cabrera's run-scoring single in the second forced Koehler to duck out of the way.

Cabrera launched his team-best 18th homer well beyond the left-center-field wall off Dustin McGown to make it 6-2 in the third.

NOTES: The Tigers recalled the injury rehab assignment of RHP Warwick Saupold and he will remain on the 15-day disabled list. Saupold was placed on the DL with a right groin strain on June 1. He will travel with the Tigers to Florida and work out at the team's spring training facility in Lakeland before beginning another rehab assignment. ... Both teams begin four-game road series on Thursday. The Marlins face the Atlanta Braves, who have a 6-2 record against Miami this season, while Detroit matches up with Tampa Bay. The Tigers are 2-1 against the Rays this season. ... Tigers 1B Miguel Cabrera's three-run home run against Miami on Tuesday made him the 50th player in major league history to homer against all 30 teams. ... Marlins RF Ichiro Suzuki's two hits on Tuesday moved him past Sam Rice for 30th place on MLB's all-time hit list. 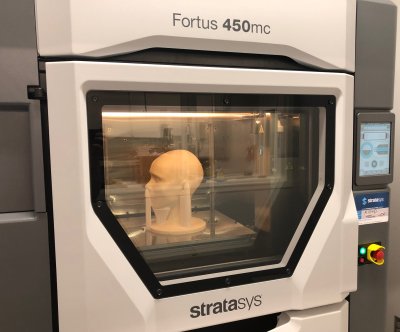