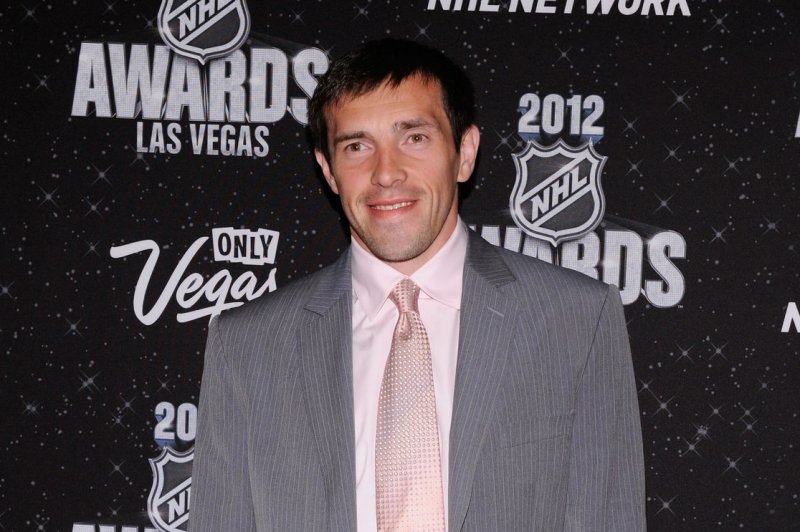 Detroit Red Wings great Pavel Datsyuk announced Saturday that he is leaving the team after 14 seasons and going back to his native Russia.

Datsyuk, 37, still has a year remaining on his contract. He plans to reunite with his daughter and play in the Kontinental Hockey League.

"My family and I are grateful for our time here in Detroit," Datsyuk said at a news conference near Detroit. "This was not an easy decision, but it is time for us to return home."

Datsyuk informed general manager Ken Holland of his decision Friday night. He said he came to terms with his desire to return home after a recent family vacation.

"It's difficult," he said. "I fight with my mind already a few years."

Datsyuk spent his entire NHL career with the Red Wings, winning Stanley Cup trophies in 2002 and 2008. He is a four-time All-Star. He scored 314 goals and had 604 assists over those 14 seasons. He ranks sixth in Red Wings history with 918 points over 953 games. He also won the Lady Byng Trophy for sportsmanship four times and the Selke Trophy for being the NHL's best defensive forward three times.

Datsyuk said he nearly went back to Russia during the lockout of 2012-13.

"When I came back from lockout, my mind is thinking, I want to go home," he said. "But also I want to keep playing here. I go with my mind and (was) OK with another three years, but then it got harder and harder. Now I just think it's not fair, and I have to go back home."

The Red Wings are stuck with a salary-cap charge of $7.5 million for next season.