Los Angeles Rams safety T.J. McDonald was arrested for suspicion of driving under the influence of a substance other than alcohol.

McDonald, 25, was arrested in Woodland Hills, Calif., early Tuesday morning after police questioned him for hitting a parked car. After being taken to a police station, officers determined McDonald was allegedly under the influence of a substance that could be a prescription drug or narcotic.

McDonald was booked for a misdemeanor charge and released on $300 bail. He is due in court June 3, according to the Los Angeles County Sheriff's website.

"We are aware of the incident involving T.J. McDonald this morning," the Rams said in a statement Tuesday night. "We are gathering information and will have no further comment at this time."

The Rams selected McDonald with a third-round pick in the 2013 NFL Draft out of USC. Last season, he played in 11 games, recording 63 tackles, one sack and one forced fumble.

McDonald has been participating in the Rams' offseason training program in Oxnard, Calif. 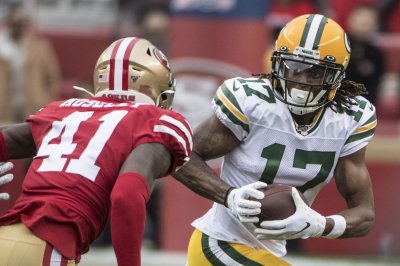