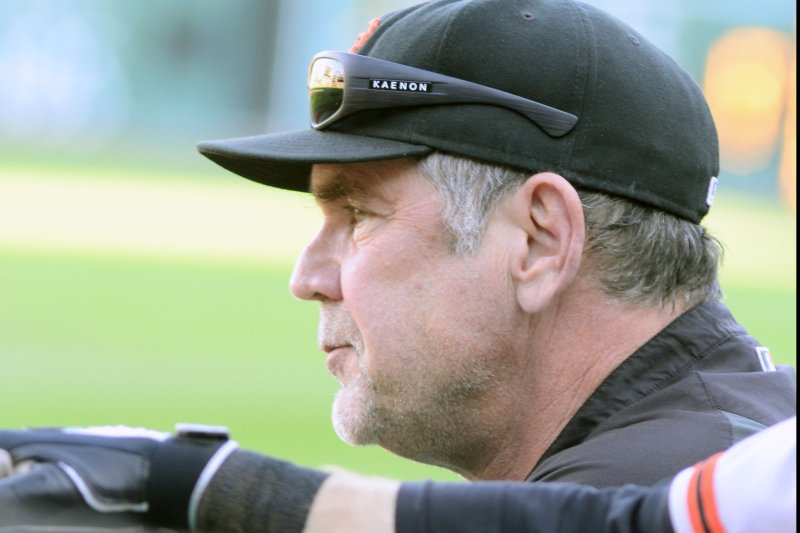 CINCINNATI -- Earlier this week, Bruce Bochy offered struggling starters Matt Cain and Jake Peavy a vote of confidence, saying changes weren't imminent with the back end of the rotation.

"I have too much confidence in these two guys," the San Francisco Giants skipper said. "We're in April here. I've seen some good things and both of them are close. I don't think there's an option that's going to make the staff better."

On Wednesday afternoon, Peavy was facing Cincinnati, a club he had dominated during his career, going 7-0 with a 2.38 ERA over 12 starts.

In the second inning, Peavy allowed three home runs, including a solo shot by Brandon Phillips and two-run blasts by Eugenio Suarez and Zack Cozart in a 7-4 Reds' win.

Peavy later gave up a fourth home run, and the seven runs allowed caused his ERA to balloon to 9.85.

Peavy had allowed only three homers total in 12 prior starts against Cincinnati. The four homers allowed on Wednesday tied his career high.

RELATED No decision yet on MLB games in Puerto Rico

But, this year's struggles seem different. Opponents were hitting .382 against him prior to Wednesday, the highest opponent's batting average in the major leagues.

"Location. He'll tell you that," said Bochy when asked about the source of Peavy's struggles. "His ball was up a lot. Over his last two or three innings, he was hitting spots and mixing in his changeup."

The three homers in the third inning Wednesday were breaking pitches that hung up in the zone. Peavy is pleased with his pitches, just not the execution.

"The swing-and-miss stuff looks fine, to the point of punching out eight (Wednesday)," Peavy said.

The Giants (15-13) still have a formidable top three in Johnny Cueto, Madison Bumgarner, and Jeff Samardzija who are off to solid starts.

But, the drop off after them is massive. Bochy's confident that they, in particular Peavy, will bounce back.

"He's as tough as there is," said Bochy. "He's hard on himself, harder than anybody. He's been through it before. He went through it last year. The old adage is it's not how you start, it's how you finish. He'll get it right and get on a roll here."