Kei Nishikori of Japan extended his winning streak to 14 matches on Saturday and will play top-seeded Rafa Nadal of Spain in the final of the Barcelona Open BancSabadell.

Nishikori, ranked No. 6 in the world, defeated Benoit Paire of France, 6-3, 6-2, in the semifinals, while Nadal downed Philipp Kohlschreiber of Germany, 6-3, 6-3.

"I stepped in more today. I (watched) a little bit of the other semifinal to prepare well for tomorrow."

In Bucharest, Fernando Verdasco got past his Spanish countryman Guillermo Garcia Lopez, 6-3, 3-6, 6-2, in the semifinals and will face Lucas Pouille of France, who downed Federico Delbonis of Argentina, 7-6, 6-3.

There will be an all-German final in the WTA's Porsche Tennis Grand Prix.

At the TEB BNP Paribas Istanbul Cup in Turkey, fifth-seeded Danica Kovinic of Montenegro ousted Kateryna Kozlova of Ukraine, 7-5, 6-4, and in the final will face Cagla Buyukakcay of Turkey, who disposed of Stefanie Voegele of Switzerland, 6-0, 7-5. 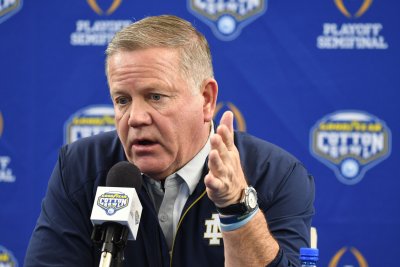