"I want to dedicate this win to my family, for my parents, who I don't see very often but my parents taught me some really great things," Azarenka said of her family back home in Belarus. "They gave me roots so I always know where I come from and they gave me wings so I can fly, so I can be here. Thank you so much."

Azarenka, who won the Miami tournament in 2009 and 2011, easily beat the 2006 champion and 15th-seeded Kuznetsova of Russia, who upended eight-time winner Williams in the fourth round.

Azarenka, who swept every set in her six matches, is a former No. 1 player who fell out of the top 30 in 2014 because of foot and thigh injuries. Azarenka, No. 8 in the world, will be back in the top five in the new rankings next week.

Kuznetsova praised her opponent after Azarenka claimed the match and the Miami title in an hour and 17 minutes.

"I'd like to congratulate Victoria for doing such a good job this year and in these four weeks," Kuznetsova said, delighting the Miami crowd by delivering the speech in both English and Spanish.

On the men's side, world No. 1 Novak Djokovic will look for his third straight tournament title on Sunday when he meets No. 6 seed Kei Nishikori in the final. 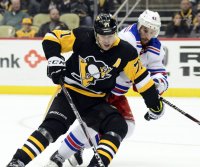 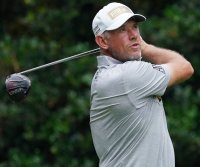