By
Jim Morris, The Sports Xchange

VANCOUVER, British Columbia -- Andrew Ladd feeling more comfortable with the Chicago Blackhawks could cause some discomfort for other teams come the playoffs.

Ladd, who played on a line with Jonathan Toews and Marian Hossa, scored the winning goal with 2:27 left in the third period as the Blackhawks defeated the Vancouver Canucks 3-2 Sunday to clinch a playoff berth.

Ladd has three goals in his last two games and nine points (six goals, three assists) in 13 games since being acquired by the Blackhawks in a Feb. 25 trade with Winnipeg.

"Every game you are getting more comfortable," said Ladd, who was part of Chicago's 2010 Stanley Cup champion team. "You know what to expect from each other.

Ladd's goal was an example of the chemistry that has formed on the line. Toews and Hossa had a two-on-one breakaway. Instead of shooting, Toews dropped the puck back to Ladd, who beat Vancouver goaltender Ryan Miller for his 23rd goal of the season.

"I love the way he's played the last couple of games," said Quenneville. "He brings that presence and has had some pace to his game and some energy. He was rewarded with some huge goals for us."

Miller said he didn't expect the shot to come from Ladd.

"I had Toews and Hossa, lefty, left, assuming there was a shot," said Miller, who stopped 29 shots in his 48th start of the season. "He (Toews) made an interesting play.

"Hossa came to the net and disrupted everything. It was disappointing."

The Canucks, who were eliminated from the playoff race in a 4-0 loss to St. Louis Friday, had nothing to play for but still battled Chicago to the end.

"It's still a dogfight in the standings for position," he said. "You are playing against a team with nothing to lose and a lot of young guys that are trying to prove something. It can go either way."

Chicago, which qualified for the playoffs for the eighth consecutive season, is third in the Central Division of the Western Conference with 95 points. The Blackhawks sit fourth in the West, tied with L.A. and three ahead of Anaheim.

The Blackhawks, who beat Calgary 4-1 Saturday night, won consecutive games for the first time since March 2. They are 4-5-2 in their last 11.

Fleischmann said the win shows Chicago is returning to the form that saw the team manage a franchise-high 12-game win streak from Dec. 29 to Jan. 19.

"We didn't have a good stretch the last two weeks but we are trying to figure it out before playoffs," he said. "I think we are on the right path going into the last games."

Alex Burrows and Sven Baertschi scored for the Canucks (27-35-13), who saw their losing streak extended to eight games (0-7-1). Vancouver has been outscored 25-7 in that stretch and has been shut out four times in the past six games.

Baertschi, who has a career-high 15 goals this season, saw some positives in the loss.

"I thought we won a lot of puck battles," he said. "We created a lot of chances. We spent some solid time in their zone."

Burrows said the Canucks, who have had nine players make their NHL debut this year, are on a learning curve.

"It's just finding ways, battling and competing. I'm sure we will be there."

NOTES: G Jacob Markstrom (11-12-4) set a career high with 26 starts this season. ... The Canucks missed the playoffs twice in the last three years and four times in the last 11. ... D Andrey Pedan, who has recorded at least two hits in his first eight NHL games, was a healthy scratch. ... RW Derek Dorsett (upper body) didn't dress. ... The Canucks end a two-game homestand Tuesday against San Jose. ... Blackhawks LW Richard Panik, C Artem Anisimov, D Michal Rozsival, LW Brandon Mashinter and D Erik Gustafsson were scratches. ... Chicago G Corey Crawford (upper body) is not on the four-game road trip. ... RW Dale Weise, who was a healthy scratch in Saturday's 4-1 win over Calgary, returned to the lineup.... D Christian Ehrhoff, who has been a scratch in six of 11 games since coming to Chicago in a Feb. 26 trade from L.A., dressed. ... The Blackhawks' road trip continues Tuesday in Minnesota. 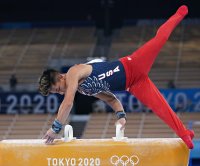 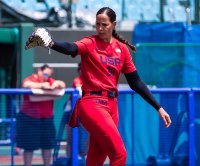