That designation went to pole winner Will Power, who missed IndyCar's opening race due to concussion-like symptoms. After veteran driver Oriol Servia was placed in the No. 12 Chevrolet for practice and then the 110-lap race, IndyCar confirmed that Power suffered a mild concussion, presumably in Friday's Turn 9 crash in practice.

Power hit the outside wall when he briefly removed his left hand from the steering wheel to adjust the car's brake bias. Initial review showed no injury or effect from the impact, but when he still felt nauseous in the hours leading up to the race further examination took place.

Power now falls under IndyCar's concussion protocol and must be re-evaluated before being cleared to drive. IndyCar's next event is April 1-2 at Phoenix International Raceway.

Like all the drivers, Montoya moved up a position at the start as Power's car, driven by Servia, retreated to the back of the 22-car field due to having a replacement driver. Fellow Team Penske drivers Simon Pagenaud and Helio Castroneves started on the front row, with Montoya lining up third.

Montoya took the lead for the final time on the restart at Lap 64, passing rookie Conor Daly in Turn 1. That restart followed a nine-car pileup in Turn 4 on the restart immediately prior.

That incident seemed to start with Castroneves lightly bumping Scott Dixon. They continued on, but behind them became a mess. The primary contact came from Carlos Munoz hitting Graham Rahal from behind, and the incident soon included Charlie Kimball, Servia, James Hinchcliffe, Alexander Rossi, Sebastien Bourdais, Mikhail Aleshin and Luca Filippi, and there might have been others.

Munoz was flagged for avoidable contact; Rahal was furious, throwing his arms in the air before his car even came to a stop. Munoz called it "a mistake" trying to pass Kimball.

"It's racing and I apologize to all of those who were involved in that incident," he said.

Montoya won for the 15th time in his career and the second year in a row here. Last year, he would have led the series wire-to-wire had Power not turned into him late in the season-ending race at Sonoma Raceway. That contact resulted in Montoya finishing sixth in the race and tying Scott Dixon in the standings when Dixon benefited from IndyCar offered double points for that race. Dixon won the tiebreaker on more wins.

"It was good," Montoya said of the opener. "The Chevy was good all day. It was exciting to have new paint scheme and come out and win with it. It's just awesome.

"We started the year last year like this. I felt this morning we had a really good car, and it paid off."

Pagenaud, who remained winless with Roger Penske's team, finished second with Ryan Hunter-Reay finishing third as the top Honda driver. Castroneves finished fourth. Servia was 18th, but he was well up in the order when the big crash occurred. Team Penske became the 13th team he's driven for in his 198-race career.

As for the rookies in the season-opening field, Daly held the lead for a time. He might have finished in the top five had his Dale Coyne Racing machine not suffered a broken front wing in the final stint. His car also was overheating.

NOTES: Power certainly faces a difficult road to winning his second series championship, but titles can be won despite missing a race. It has been done four times in CART: Rick Mears in 1981, Al Unser in 1985, Nigel Mansell in 1993 and Alex Zanardi in 1997. ... Hinchcliffe made his competitive return after the May 18 crash at Indianapolis Motor Speedway that nearly caused him to bleed to death. He fell a lap off the pace due to a flat tire on the opening lap, but he maintained his humor, vowing on the team's radio to remain patient because "I'm a Maple Leafs fan." Hinchcliffe's tire was cut due to rear contact from friend Josef Newgarden. ... The family of Dan Wheldon announced Sunday that a book honoring his life -- Lionheart: Remembering Dan Wheldon -- will be released in May. Wheldon was a two-time Indianapolis 500 winner and one-time IndyCar Series champion who lost his life in a 2011 IndyCar crash at Las Vegas Motor Speedway. 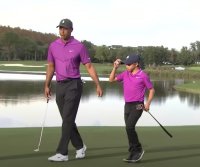 NFL // 8 hours ago
Saints waive WR Kenny Stills after drop vs. Cowboys
Dec. 8 (UPI) -- The New Orleans Saints waived wide receiver Kenny Stills less than a week after his dropped pass led to an interception by the Dallas Cowboys.

Sports News // 8 hours ago
Djokovic, Nadal, Osaka in for Australian Open; Serena out
Dec. 8 (UPI) -- Novak Djokovic, Rafael Nadal, Ash Barty and Naomi Osaka are among the top players on the 2022 Australian Open entry list, tournament organizers announced Wednesday. Serena Williams and Roger Federer are not on the list.