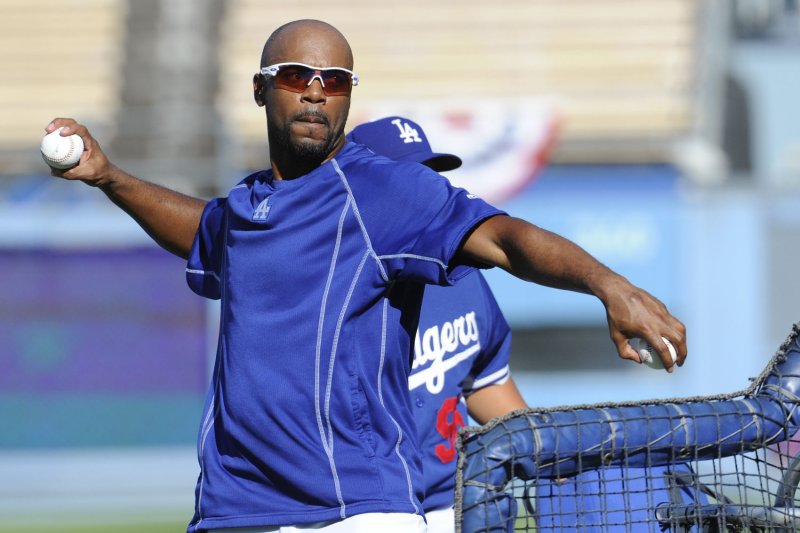 Former Los Angeles Dodgers IF Jimmy Rollins throws pitches during batting practice in the heatwave before game 2 of the National League Division Series against the New York Mets at Dodger Stadium in Los Angeles on October 9, 2015. UPI/Lori Shepler | License Photo

Rollins will be on the team and perhaps starting at shortstop alongside new third baseman Todd Frazier for the White Sox, Ventura said, unless "something happens physically where it wouldn't work."

Rollins, 37, signed only one week ago to compete with Tyler Saladino at shortstop.

"They have a complement to a certain lineup, and it depends on who you're facing and what makes sense to put those guys in there. But they both bring something to the table," Ventura said.

The White Sox are not planning on top prospect Tim Anderson being on the final roster. The plan entering spring training was for him to open the season at Triple-A Charlotte.