SHREVEPORT, La. -- Virginia Tech and Tulsa put together one of the best offensive displays in Independence Bowl history and the Hokies won Saturday night's record-setting game 55-52.

The Hokies appeared to put the game away with a 15-play, 81-yard scoring drive to open the second half to go in front by three scores. But Tulsa roared back in the fourth quarter to get within three and regain possession with two minutes left. But a bone-crushing sack by Virginia Tech's Dadi Nicolas on fourth down with 1:17 left ended the threat.

The game was the career finale for Virginia Tech coach Frank Beamer, who announced in November that he was retiring after 29 years at the school. His first bowl game was the 1993 Independence Bowl when the Hokies defeated Indiana 45-20.

Virginia Tech (7-6) played in 23 consecutive bowl games under Beamer but had to defeat Virginia 23-20 in the 2015 regular-season finale to extend the streak and qualify for the postseason.

"It was different. All I know is we won the game," Beamer said. "I left Shreveport happy the first time I was here and I'm leaving happy this time. I'm gonna come back to Shreveport sometime just for the hell of it."

Tulsa coach Philip Montgomery was coaching the Hurricane (6-7) in a bowl game for the first time. Tulsa lost in the Independence Bowl for the third time. The Golden Hurricane fell 20-16 to McNeese State in the inaugural game in 1976 and 27-24 to Oregon in 1989.

"We've been in games like this all year and we know how to handle it," Montgomery said. "We couldn't ask for a better situation with the ball back and two minutes left. But we just ran out of time. Maybe with a few more ticks the outcome would have been different."

The teams also combined for a record 947 total offensive yards, topping the previous record of 912 set by South Carolina and Missouri in 2005.

Announced attendance was 31,289, the lowest since the 1988 game between Southern Mississippi and UTEP when 20,242 were on hand.

All-ACC wide receiver Isaiah Ford led the Hokies with a memorable night that included a 75-yard touchdown catch from Michael Brewer. The sophomore became Virginia Tech's record-holder for reception yardage in a season while moving into third place on Tech's career reception list.

Tulsa's Keyarris Garrett became the NCAA receiving yardage leader this season after catching eight passes for 137 yards and a touchdown. He finished the year with 1,588 yards, surpassing Bowling Green's Roger Lewis, who finished with 1,544.

After the record point output in the first half, the two teams settled into a more mundane second half, scoring just 13 points after the break.

The first half was memorable thanks to the record-setting scoring pace set by the Hokies and the Hurricane. The combined 76 points was easily the most in the bowl's 40 years. The previous record for most points in a half was 45 by LSU and Michigan State in 1995.

Tulsa took a brief 7-0 lead on a 48-yard run by D'Angelo Brewer, who added the final score in the first half on a 10-yard run with 20 seconds remaining. Between his scores, the Hurricane got points from Zack Langer (2 yards), Bishop Louie (9-yard reception from Dane Evans) and Redford Jones (29-yard field goal).

The teams combined for 733 yards in the first half, with the total nearly evenly divided.

NOTES: Virginia Tech and Tulsa put together the highest-scoring first quarter and first half in the history of the Independence Bowl with a combined 45 and 76 points, respectively. The previous first-quarter record was 28 by Louisiana Tech and Louisville in 1977. The 45 points were greater than the final score in 18 previous games and equaled the final score in the 2014 matchup between Miami and South Carolina. The previous record for most points in a half was 45 by LSU and Michigan State in 1995. ... Virginia Tech freshman Travon McMillian needed 39 rushing yards to surpass 1,000 for the season. On his first carry, he went 51 yards untouched up the left sideline for a touchdown to knot the score at 7 just over two minutes into the game. McMillian became the first Tech freshman since Ryan Williams in 2009 to reach 1,000. 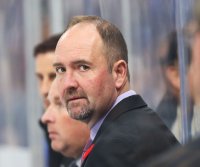 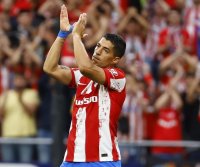