Washington Nationals right fielder Bryce Harper (34) comes into the dugout for the game against the Philadelphia Phillies at Nationals Park in Washington, D.C. on September 27, 2015. Photo by Mark Goldman/UPI | License Photo

Toronto Blue Jays Josh Donaldson hits a ground rule RBI double against the Kansas City Royals during the third inning in the ALCS game 4 at the Rogers Centre in Toronto, Canada on October 20, 2015. Photo by Kevin Dietsch/UPI | License Photo

Voters left no doubt about the winners of the National and American League Most Valuable Player awards.

Washington Nationals outfielder Bryce Harper was the clear choice in the NL, receiving all 30 first-place votes and becoming at age 23 the youngest unanimous MVP in history on Tuesday.

The AL MVP award went to Toronto Blue Jays third baseman Josh Donaldson, who joined George Bell as the only players in franchise history to receive the honor. Donaldson received 23 of 30 first-place votes and 385 points from the Baseball Writers' Association of America.

Harper tied for the National League lead with 42 home runs while playing in a career-high 153 games and his .330 batting average was second best in the NL. The left-handed-hitting Harper also led the majors in on-base percentage (.460), slugging (.649) and WAR (9.9).

Since 1900, Ty Cobb (1909) and Stan Musial (1941) are the only other players to lead the majors in on-base percentage and slugging in a season, according to the Elias Sports Bureau.

About the only feat that Harper couldn't pull off this year was leading the Nationals into the postseason.

Donaldson helped the Blue Jays reach the playoffs for the first time since 1993 by leading the AL in runs with 122. He was second in WAR (8.8) and tied for third in home runs with 41. 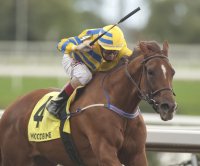