Miami Dolphins:3 takeaways from the 44-26 rout of the Houston Texans

Tannehill completed 18 of 19 passes for 282 yards and tied a career high with four touchdown passes to lead the Miami Dolphins to a relatively easy 44-26 win over the Houston Texans at Sun Life Stadium.

Counting last week, Tannehill completed an NFL-record 25 consecutive passes. But of his four touchdown passes on Sunday -- including two to wide receiver Jarvis Landry -- 144 of the 167 yards were accomplished after the catch.

Tannehill was especially complimentary of Landry's 50-yard catch and run in the first quarter.

"He made 46 guys miss on the way to the end zone," Tannehill said, exaggerating by about 40.

Either way, the Dolphins are 2-0 under interim head coach Dan Campbell, who replaced the fired Joe Philbin. Miami has been dominant under Campbell, beating the Tennessee Titans 38-10 in the former tight end coach's debut.

Houston got three touchdown passes from quarterback Brian Hoyer -- two to wide receiver Nate Washington and one to running back Arian Foster, who also scored once on the ground.

However, Foster left the game with 4:04 left in the fourth quarter, suffering a right Achilles tendon injury even though he was untouched on the play. Foster will have an MRI on Monday, but the NFL Network reported that Foster has a torn Achilles tendon and will miss the rest of the season.

Miami scored on its first possession, driving 88 yards on six plays. The march culminated with a 53-yard slant pass to wide receiver Rishard Matthews, who broke a tackle and was gone on the longest reception of his career.

The Dolphins made it 14-0 on Landry's spectacular 50-yard catch and run. Landry caught a quick out on the left sideline, nearly stepping out of bounds. Instead, he ran all the way across the field, making at least six defenders miss, getting 40 yards after the catch.

Miami made it 21-0 on a 10-yard TD pass to Landry, who dragged a defender into the end zone for the final 5 yards.

The second quarter was more of the same as Miami scored on a 54-yard screen pass to running back Lamar Miller and a 23-yard interception return by safety Reshad Jones.

On the play by Jones, Houston tight end C.J. Fiedorowicz dropped a pass and then tipped it up as he fell down, virtually gift-wrapping a pick-six for Jones, who punctuated his play with a wild sideways flip into the end zone.

Miller then scored on an 85-yard run as the Dolphins set the franchise record for most points in a half, breaking the previous mark from 1967. Miller finished the game with 175 rushing yards and 236 yards from scrimmage.

What we learned about the Dolphins:

1. Dan Campbell, the Dolphins' blunt-force interim coach, has made a major impact in his two games at the helm. The former NFL tight end came in talking tough and immediately won over the fan base and the players. It's apparent the players were not responding to the fired Joe Philbin, who was so even-keeled that one never knew from his demeanor if his team had won or lost. That has worked for Bill Belichick in New England ... but not for Philbin here. Campbell promised his team would play tougher, run the ball more, attack more defensively ... and all of that is working so far.

2. The Dolphins are now playing like the team they were supposed to be at the start of the year. But perspective is urged since the Dolphins beat two-sub .500 teams in the Tennessee Titans and the Houston Texans. On Thursday, the Dolphins get a true test with a road trip to play the undefeated New England Patriots on short rest.

3. Teams need to play press coverage on Dolphins WR Jarvis Landry, who is simply too dangerous after the catch to give him any room whatsoever. Landry's running skills are better than that of many NFL running backs, and he showed it again Sunday, taking bubble screens, short outs and slants and breaking tackle after tackle.

--RB Lamar Miller ran 14 times for 175 yards and one touchdown. His 85-yard score was the second-longest run from scrimmage in franchise history. Miller owns the top spot, too, scoring on a 97-yarder against the Jets last year. Miller also scored on a 54-yard screen pass. He finished with three catches for 61 yards. From scrimmage, he had 236 yards.

--QB Ryan Tannehill completed 18 of 19 passes for 282 yards and a career-high-tying four touchdowns. His final pass of the game was his only incompletion -- a drop by TE Dion Sims. Still, Tannehill tied an NFL record with 25 straight completed passes, counting the final seven passes of his game last week at the Tennessee Titans.

--S Reshad Jones became the first Dolphins player to score on interception returns in two consecutive games. He ran one back 30 yards last week against the Tennessee Titans, and he scored on a 23-yarder on Sunday against the Texans.

--DE Cameron Wake, who two sacks, moved into second place on the Dolphins career list, passing Bill Stanfill. Wake has 68 career sacks. Stanfill had 67.5. More importantly for the Dolphins' current team, Wake has a combined total of six sacks in the past two games. Bothered by a hamstring injury most of the season, Wake had been held without a sack in the first four games. 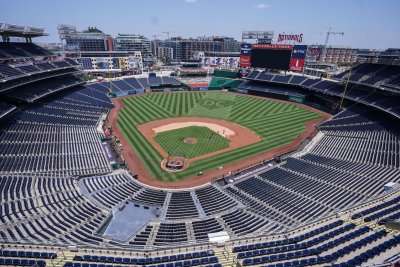