An imposing player at 6-foot-3, 215 pounds with 4.39 speed in the 40-yard dash, the former seventh-round draft pick and Mr. Irrelevant had arthroscopic knee surgery and a strained hamstring previously.

James was one of the Texans' final roster cuts prior to the season when he was edged out by larger cornerback Jumal Rolle. Following a brief stint on the Ravens' active roster after previously choosing to join their practice squad over a competing offer to sign with the Texans' practice squad, James was released Saturday.

"I'm coming home!" James wrote on Instagram. "Guess who's back."

The Texans need depth on special teams and, to a lesser extent, defense with starting cornerback Kareem Jackson considered unlikely to play Sunday against the Miami Dolphins due to a sprained ankle.

Rookie inside linebacker Benardrick McKinney has the same iffy status, according to coach Bill O'Brien, with both players to be evaluated throughout the week. If McKinney can't go, the Texans can insert former starter Akeem Dent back into the lineup.

--Nearly constant change has become the watchword for the Texans' ever-shifting offensive line.

Through six games, the Texans have only used the same line configuration twice. That was against the Atlanta Falcons and Indianapolis Colts, a pair of losses where Duane Brown lined up at left tackle, with Oday Aboushi at left guard, Ben Jones at center, Brandon Brooks at right guard and Derek Newton at right tackle.

"I haven't played left guard since my junior year of college," said Brooks, a former third-round draft pick from Miami of Ohio. "I have to flip everything the opposite way in my head, but guard is guard, I guess. We'll see what happens this week and where I'm at."

In his third game back from groin surgery he underwent in August, Foster caught a 14-yard touchdown pass in the first quarter from quarterback Brian Hoyer to boost the Texans to an early lead during an eventual 31-20 road win over the Jacksonville Jaguars.

Although Foster fumbled in the second quarter when defensive end Chris Clemons blasted the football out of his hand, it was recovered by rookie offensive lineman Kendall Lamm. This was easily Foster's most impressive performance since returning from his injury as he rushed for a season-high 53 yards on 18 carries and caught five passes for 59 yards on six targets.

"I'm still not where I need to be. I still have a little lag in my game. It's going to come with time. I'm almost there."

"You can't say enough," Texans coach Bill O'Brien said of Watt. "He was sick as a dog, but he played, and that's what great players do. They show up and help the team."

-- Signed by the Texans to a two-year, $6 million contract this offseason, wide receiver Cecil Shorts had a successful game against his old team.

He caught four passes for 63 yards on six targets.

NOTES: S Lonnie Ballentine suffered a season-ending knee injury that included a dislocation and torn ligaments. ...OLB Whitney Mercilus, starting in place of an injured Jadeveon Clowney, had his first two sacks of the season. ... WR Nate Washington (hamstring) missed the past two games but is making progress. He was noncommittal on whether he'll be able to return this week. 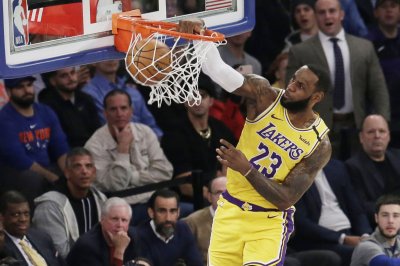