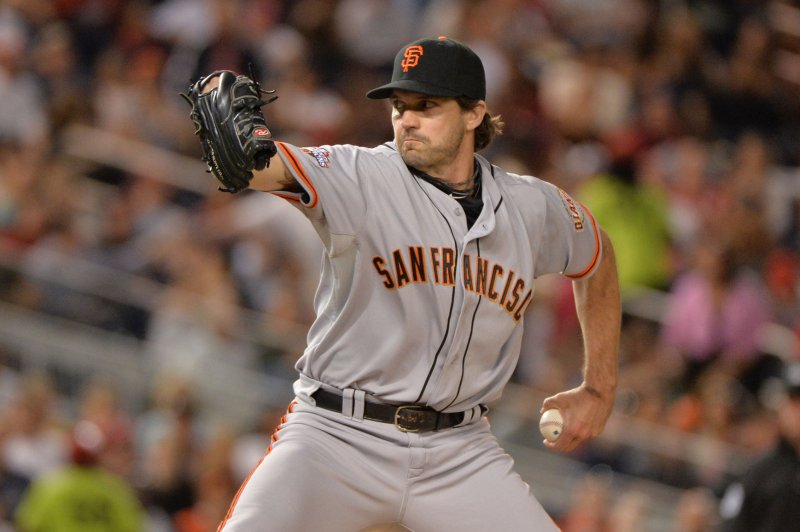 San Francisco Giants pitcher Barry Zito answers questions during a press conference for the 2012 World Series at AT&T Park in San Francisco on October 23, 2012. Zito starts against the Detroit Tigers on October 23 in game one. UPI/Terry Schmitt | License Photo

Zito announced the news in a first-person article on The Players' Tribune website.

"I'm retiring today from baseball, but I'll never be too far away from the game that made me who I am," Zito wrote. "I am beyond thankful to be at peace with walking away, thanks in large part to my year of renewal in Nashville with the Sounds.

"My return to Oakland last month was a 'cherry on top' moment in my life that my family and I will never forget. I will no doubt be in the stands on both sides of the Bay in years to come."

The 37-year-old Zito was referring to the 2015 season he spent with Oakland's Triple-A team, the Nashville Sounds, before the A's called him up to the majors in late September. He made three appearances, including two starts, and pitched seven innings, giving up eight runs for a 10.29 ERA.

Zito's late parents were in the music industry. He said playing last season in "Music City" in Nashville, Tenn., allowed him to reconnect with those roots and start a new career.

"Today, I am very excited to be a 'rookie' all over again in a new field: songwriting,' Zito wrote. "I am sure the lessons baseball has taught me will help me develop the thick skin I'll need for this new endeavor. If one day you ever happen to hear a song of mine, I hope you'll be honest about what you think. I have been building a skill set of handling adversity for years, so fire away!"