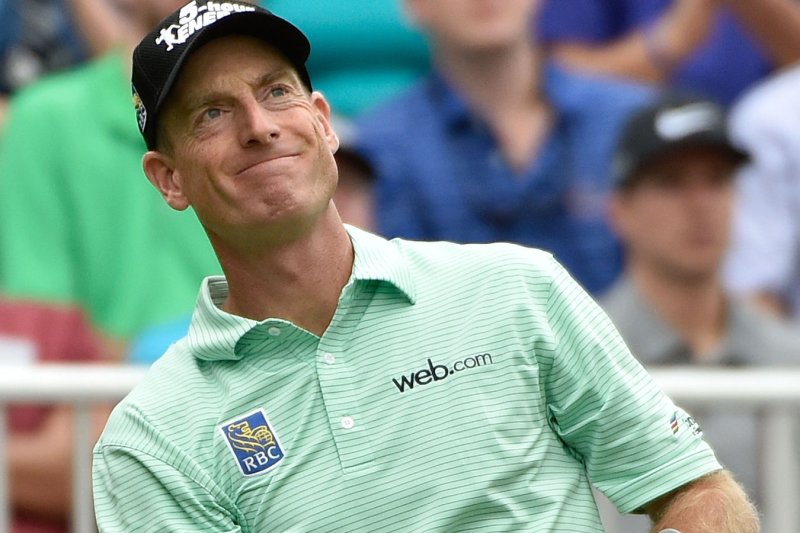 Jim Furyk withdrew from the Tour Championship on Tuesday because of a wrist injury that forced him out of the BMW Championship last week after six holes in the opening round.

Furyk, who won the Tour Championship in 2010, is No. 16 in the FedEx Cup standings and seventh in the world rankings. His status for the Presidents Cup matches in three weeks remains uncertain.

The 45-year-old PGA Tour veteran was diagnosed with a bone contusion last week in his left wrist. He will continue rehabilitation in hopes of participating in the Presidents Cup.

Furyk had never withdrawn from a tour event before last week, playing in 477 consecutive events.

"While I am disappointed to miss this week's event in Atlanta, I am now placing all my efforts on being healthy and ready to play in the Presidents Cup," Furyk said. "(Captain) Jay Haas will be made aware of my progress in the coming days as we see how the injury responds to the treatment."

Hideki Matsuyama, who was scheduled to be paired with Furyk in the Tour Championship at East Lake Golf Club in Atlanta, will play as a single in the first round.

Furyk has one win and seven top 10 finishes this year on the tour.