HOUSTON -- From his first pitch through his last, Los Angeles Angels closer Huston Street dangled on the edge of calamity yet never appeared in danger of losing complete control or blowing the opportunity at hand.

Center fielder Mike Trout and designated hitter Albert Pujols smacked back-to-back home runs in the first inning, and the Angels' bullpen piecemealed its way through a white-knuckle finish for a 4-3 victory over the Houston Astros on Tuesday night at Minute Maid Park.

The Angels (77-74) snapped a six-game losing skid in Houston with their early power surge and by fending off an onslaught of Astros pinch hitters in the eighth -- five total were announced.

Street struck out center fielder Jake Marisnick with two runners on base to close the eighth after uncorking a wild pitch that allowed third baseman Jed Lowrie to score and cut the deficit to a run.

With two outs in the ninth, Street surrendered a 433-foot double to straightaway center field to Astros shortstop Carlos Correa, but that blast stayed in the park. Following an intentional walk to Lowrie, Street struck out designated hitter Evan Gattis for his 39th save on the year.

"It's just one of those great baseball games where you have both managers making a lot of moves," Street said. "For me, it's just executing pitches. I really only missed with two pitches. Thankfully, they haven't moved center field. That ball was hit a ways, but it's just a double.

"I did want Lowrie, I really did. That's what this game's about. It's about those battles. Sometimes you lose those battles, but you want that chance to come back. At the same time, I totally agreed with the call (to walk him)."

Relievers Fernando Salas, Trevor Gott and Jose Alvarez preceded Street and helped the Angels close within 2 1/2 games of the Astros (80-72) in the chase for the second American League wild card. The Twins defeated the Cleveland Indians 3-1 at Minnesota and moved to within two games of Houston.

The Angels pounced on Astros rookie right-hander Lance McCullers (5-7) in the first inning. Shortstop Erick Aybar reached on a bunt single to set the table for Trout, who launched a first-pitch fastball 401 feet to left-center for his 40th home run and a 2-0 lead three batters into the game.

"It's obviously special to reach 40," said Trout, who joined Troy Glaus (47 in 2000 and 41 in 2001) as the only players in club history to record 40 home runs in a single season. "Coming into this season, thinking it would be pretty special and pretty cool, and it happened."

One batter later, Pujols added his 36th homer of the year, a 387-foot blast to left field that bumped the lead to 3-0. McCullers rebounded and completed seven innings allowing just those three runs, posting nine strikeouts against no walks while throwing a career-high 111 pitches.

"Those are two really good hitters that hit those balls out," McCullers said. "I kind of ran back over the middle a little bit. I felt fine going into the first. I felt great the last six. Just one of those things."

Angels left-hander Hector Santiago (9-9) retired the Astros in order on just seven pitches in the first but surrendered back-to-back home runs to left fielder Marwin Gonzalez, his 11th, and first baseman Chris Carter, his 20th, after recording two quick outs in the bottom of the second.

With that, the Astros cut the deficit to one run but failed repeatedly to break through against Santiago or the four relievers who followed him.

Right fielder Kole Calhoun extended the Angels' lead to 4-2 with an RBI single in the top of the eighth before the Astros got a run back in the bottom of the inning.

"I have no complaints about our team," Astros manager A.J. Hinch said. "We put pressure on them from the fifth inning on. We left a lot of guys on base, but we fought our tails off to be in the position to get a big hit and someone go home a hero. I will take that competitive effort and get to tomorrow and try to win the series."

NOTES: Angels 2B Johnny Giavotella faced live pitching Tuesday, and he might return before the regular season concludes. Giavotella was placed on the 15-day disabled list Aug. 24 with an illness later diagnosed as fourth cranial nerve palsy, a condition that caused him to experience double vision whenever he looked left. ... Astros LF Marwin Gonzalez returned to the lineup for the first time since Sept. 16 after missing seven of eight games with left hand/wrist soreness. Gonzalez, a switch hitter, is limited to batting right-handed and playing the outfield to avoid aggravating the injury by potentially diving for grounders in the infield. ... Angels RHP Matt Shoemaker will not pitch during the weekend series against the Seattle Mariners but should start next week against the Oakland A's. He experienced moderate soreness after his previous start against the Minnesota Twins on Sunday, his first appearance in 19 days after dealing with a strained right forearm. 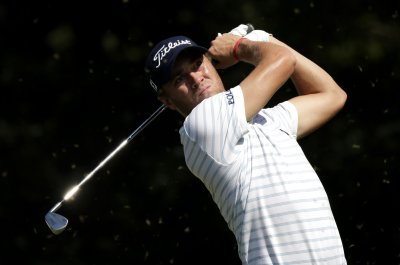