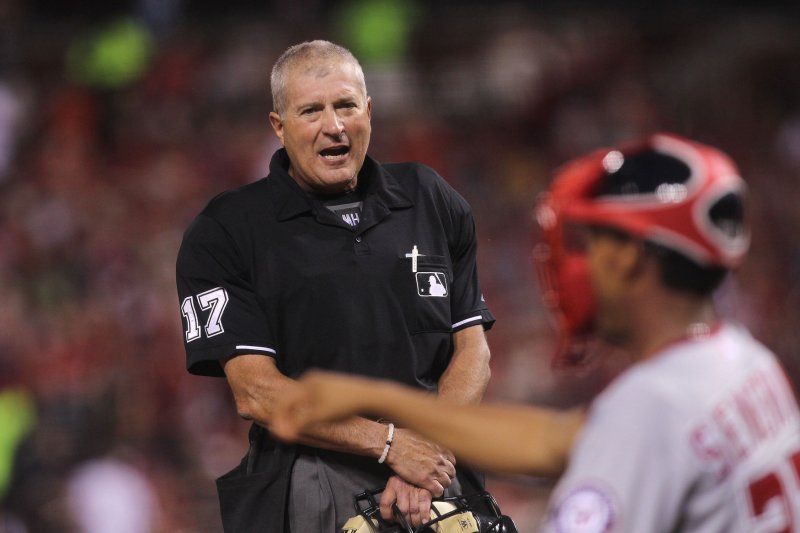 St. Louis Cardinals starting pitcher Marco Gonzales runs onto the field to start the game against the Washington Nationals at Busch Stadium in St. Louis on September 1, 2015. Photo by Bill Greenblatt/UPI | License Photo

To rally for their latest win Monday night, St. Louis did a 180 and turned to an offense that appears to be finding its stride as the calendar flips to September.

Scoring five two-out runs in the bottom of the seventh inning, the Cardinals administered a potentially crushing loss to the Washington Nationals with an 8-5 verdict.

It was the eighth win in nine games for St. Louis (85-46), who has averaged 6.3 runs in this latest stretch of success. It entered the game scoring just over four runs per contest.

"I don't think anyone in the clubhouse doubts this is the kind of team we are," manager Mike Matheny said of his team's recent outburst. "We chip away, grind at-bats. They just keep coming."

In beating Washington for the 19th time in the last 21 meetings at Busch Stadium, St. Louis did it in dramatic fashion. After pinch-hitter Greg Garcia's double-play grounder pushed the Nationals within an out of wiping out leadoff hits by first baseman Mark Reynolds and left fielder Brandon Moss, the Cardinals kept pressing the issue.

Felipe Rivero came in to face center fielder Jason Heyward in a lefty vs. lefty matchup, fell behind in the count and paid the price. Heyward rifled a 2-1 fastball over the head of left fielder Jayson Werth for a tie-breaking two-run double.

Standing at second base, the normally reserved Heyward pumped both fists high in the air at the dugout as the crowd of 42,081 erupted.

"We fed off the energy we gave each other," Heyward said of the comeback. "We're not always going to do what we did tonight, but we have to believe we can. You take what they give you."

Second baseman Kolten Wong capped the explosion with an RBI single as the Cardinals upped their National League Central lead over idle Pittsburgh to five games.

Meanwhile, the Nationals (66-64) dropped 6 1/2 games behind the first-place New York Mets in the NL East with just 32 games remaining and will need help to make any kind of late charge at a division title.

"It's a tough one," Washington manager Matt Williams said. "We get the double-play ball and then they score all the runs with two outs. Tough one."

The Nationals wasted a huge night from first baseman Ryan Zimmerman, who went 3-for-5 with four RBIs and gave them a 5-3 lead in the top of the seventh with a three-run homer off reliever Kevin Siegrist.

Despite coughing up the lead, Siegrist (6-1) picked up the win in his MLB-high 66th appearance. Closer Trevor Rosenthal bagged his 42nd save with help from catcher Yadier Molina.

After permitting singles to Werth and third baseman Anthony Rendon, Rosenthal's first pitch to Bryce Harper was wild, but bounced off the bricks behind the plate and right back to Molina.

Alertly discovering Rendon too far off first, Molina ran at him and tagged him out for a first out that prevented Harper from batting as the tying run.

"Smart play," Matheny said of Molina. "That's not a play you work on, but that's the out we want."

NOTES: St. Louis RHP Trevor Rosenthal was activated from the paternity list after missing the team's weekend series in San Francisco to watch his wife give birth to the couple's second child. The Cardinals optioned RHP Sam Tuivailala to Triple-A Memphis. ... Washington 3B Yunel Escobar returned to the lineup after missing the previous three games due to a hand injury he sustained when he was hit by a pitch Thursday against San Diego. ... St. Louis RHP Carlos Martinez (back) will skip his scheduled start Tuesday night, with LHP Marco Gonzales likely to be recalled from Memphis to take his place. 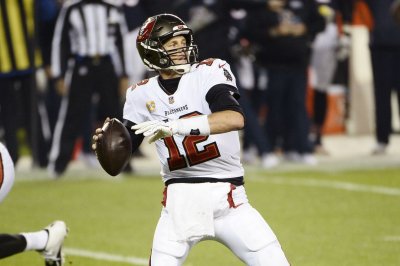