Albert Pujols, Chipper Jones, Jim Thome, Adrian Beltre and even Larry Walker contributed more to their teams' successes over the course of their careers than zero-time-MVP-winner Derek Jeter, Olberman points out.

New York Yankees Derek Jeter stands on the field before the game on Derek Jeter Day when the New York Yankees play the Kansas City Royals at Yankee Stadium in New York City on September 7, 2014. Jeter announced in February that the 2014 season would be his last. UPI/John Angelillo | License Photo

New York Yankees shortstop Derek Jeter is thrown out at home plate on the back end of double play ball hit by third baseman Alex Rodriguez in the second inning as Baltimore Orioles catcher Paul Bako applies the tag at Orioles Park at Camden Yards in Baltimore on July 29, 2007. The Yankees defeated the Orioles 10-6. (UPI Photo/Mark Goldman) | License Photo

"Contrary to what you have heard, Derek Jeter is not the greatest person in human history," says Olbermann.

"He did not invent baseball, he did not discover electricity and he is not the greatest person who has ever lived," Olbermann mocked, while conceding the Yankee captain is "an excellent, long-serving player -- but nowhere near an immortal."

In the face of no less than three separate retirement ceremonies this week, Olberman points out the Yankees shortstop only led the American League in any offensive category three times over the course of his career. Twice in hits and once in runs scored -- both metrics recorded and reported primarily for casual fans as over a decade ago front office executives and serious analysts concluded neither, especially runs scored, has much correlation with the actual ability of a baseball player.

While former Yankees catcher Jorge Posada said "for me, [Jeter]'s number one" on the list of all-time Yankee greats, Olberman points out Posada's opinion in no way reflects factual reality. In terms of wins above replacement -- a respected and proven statistic used throughout Major League front offices -- Jeter doesn't even rank in the top 10 Yankees of all time.

Olbermann diagnoses the Jeter worship by pointing out "you have to be at least 41 or 42 years old to have a clear memory of the New York Yankees winning the world series without Derek Jeter."

Rational explanations for irrational behavior aside, Olbermann notes "[Derek Jeter]'s not dead yet" and the godlike worship of an active player who's career was at-best barley above average is "creepy as hell." 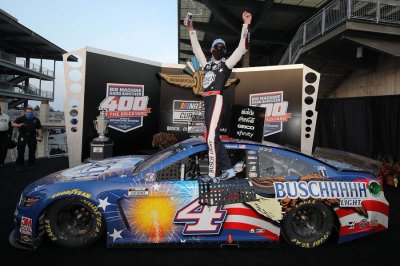