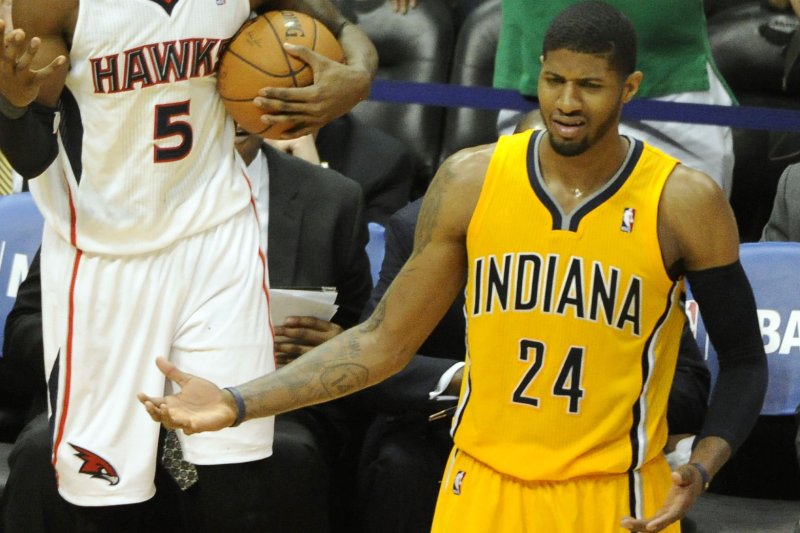 Rice was suspended on Sept. 8 after video surfaced of him repeatedly hitting his fiancee in an Atlantic City elevator.

George's twitter rant began with an still-live tweet wishing public outrage about the Michael Brown shooting in Ferguson could be a fervent as it toward Rice.

Keep it 100 lets act on this police violence like we actin on this Ray Rice case! Stay strong homie !

George then fired off a series of since deleted tweets that forced him to apologize.

"I don't condone hittin women or think it's coo BUT if SHE ain't trippin then I ain't trippin," adding, "Lets keep it movin lol let [Ray Rice] play!"

"I get it tho NFL.. You just don't hit women! If you in a relationship and a woman hit you first and attacking YOU.. Then you obviously ain't beatin HER. Homie made A bad choice! #StayUp"

Pacers president Larry Bird was not satisfied with his explanation and called George's statements "thoughtless and without regard to the subject of domestic violence and its seriousness in society."

"[Pacers senior management has] talked to Paul to strongly express our displeasure and made it clear that the NBA and the Pacers' organization will not condone or tolerate remarks of this nature. Paul understands that he was wrong and why his tweets were so inappropriate and is very apologetic."

Paul issued a public apology saying, "I want to apologize to all victims of domestic abuse for my insensitive tweets."

"They were obviously without proper understanding of the seriousness of the situation and I sincerely regret my poor choice of words."‎