Team president Joe Ellis will take control of the Broncos. 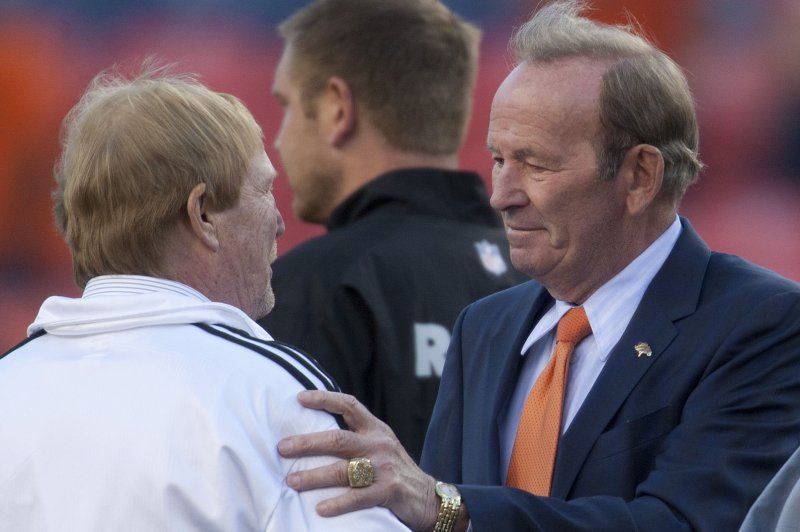 DENVER, July 23 (UPI) -- Denver Broncos owner Pat Bowlen has relinquished control of the team after revealing that he has been diagnosed with Alzheimer's disease.

Bowlen, 70, purchased the Broncos in 1984 and has help guide them to two Super Bowl wins during his 30 years as team owner. The team appeared in the big game last season, but they were defeated by the Seattle Seahawks.

Team president Joe Ellis will assume control of the Broncos.

"It's a really, really sad day," Ellis told the Denver Post. "It's sad for his family, his wife and his seven children. It's sad for everyone in the organization. And it's sad for all the Bronco fans who know what Pat Bowlen meant to them as an owner. It's a day nobody wanted to see happen."

Bowlen's ownership of the team will be controlled by non-family members after being transferred to the Pat Bowlen Trust.

The longtime owner told the Post in 2009 that he was dealing with short-term memory loss, but Tuesday was the first time he revealed that he was battling Alzheimer's.

"As many in the Denver community and around the National Football League have speculated, my husband, Pat, has very bravely and quietly battled Alzheimer's disease for the last few years," Annabel Bowlen said in a statement. "He has elected to keep his condition private because he has strongly believed, and often said, 'It's not about me.'"

Best wishes to Pat Bowlen and his family as he battles Alzheimer's.

Pat Bowlen steps down as Broncos' owner due to Alzheimer's, per the Denver Post. Bowlen is one of best owners in all of sports.