(SportsNetwork.com) - After one of the more embarrassing incidents in their illustrious franchise history on Wednesday, the New York Yankees return to the field on Thursday hoping to nail down a series win in the rubber match of their three-game set with the Boston Red Sox at Fenway Park.

Yankees starting pitcher Michael Pineda was ejected in the second inning for a foreign substance, as they went on to drop a 5-1 decision.

With two outs and Grady Sizemore batting in the bottom of the second, home plate umpire Gerry Davis was requested by Red Sox manager John Farrell to check Pineda for illegal materials on his body.

Davis touched a brownish substance that appeared to be pine tar on the right side of the pitcher's neck and immediately tossed him from the game.

The New York right-hander was also embroiled in controversy when he faced the Red Sox at Yankee Stadium earlier this month, as television cameras showed the hurler with a brown substance on his right palm. No protests were made by Farrell during that game, in which Pineda held Boston to one run over six innings in a 4-1 Yankees win.

"You could see it. I could see it from the dugout. It was confirmed by a number of camera angles in the ballpark," said Farrell of the pine tar. "And given the last time we faced him, I felt like it was a necessity to say something. You know, I fully respect on a cold night you're trying to get a little bit of a grip, but when it's that obvious, something has got to be said."

Prior to his departure, Pineda (2-2) permitted a pair of first-inning runs on four hits to take the loss.

"In the first inning I [could not] feel the ball and I didn't want to hit anybody, so I used [the pine tar]," Pineda admitted afterward. "I apologize to my teammates and everybody. I'll learn from this mistake."

The incident overshadowed a brilliant performance from Boston's John Lackey (3-2), who bounced back from a pair of poor outings to register a season-best 11 strikeouts while limiting the Yankees to a run over eight innings.

Mike Napoli paced the Red Sox offensively by going 3-for-4 with an RBI double, with Dustin Pedroia contributing two hits, an RBI and two runs scored.

Carlos Beltran and Brian Roberts each had two hits for the Yankees, who were coming off a 9-3 victory in Tuesday's opener.

Now the Yankees turn to left-hander CC Sabathia, who has won two of his last three starts and is coming off his best outing of the season. Sabathia beat the Tampa Bay Rays last Thursday, holding them to two runs (1 earned) and seven hits in seven innings to run his record to 2-1, while raising his ERA to a still lofty 5.19. He was also aided by a triple play.

"It felt good; just working both sides of the plate," Sabathia said. "We got off to a big lead, these guys played great defense, so I was just trying to get them back in the dugout as quick as possible."

Boston, meanwhile, will counter with lefty Felix Doubront, who is 1-2 with a 5.48. Doubront did not get a decision on Saturday against Baltimore, despite a solid outing that saw him surrender two runs and five hits in 6 2/3 innings of his team's 4-2 win.

On the injury front, Boston could have outfielder Shane Victorino back in the lineup on Thursday. Victorino had been sidelined with a hamstring injury, but is expected to be activated from the disabled list prior to the game.

New York took three of four from the Red Sox earlier this season. 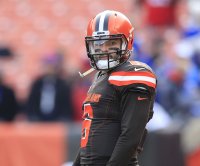 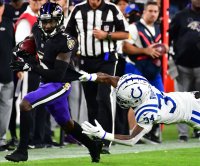 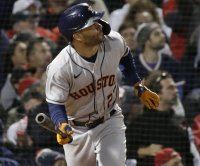 MLB // 19 hours ago
Cody Bellinger, Dodgers rally for 6-5 win over Braves in Game 3 of NLCS
Oct. 19 (UPI) -- Behind stars Cody Bellinger and Mookie Betts, the Los Angeles Dodgers stormed back to beat the Atlanta Braves 6-5 in Tuesday's Game 3 of the National League Championship Series at Dodger Stadium.