(SportsNetwork.com) - The playoff-bound Houston Rockets look to stay sharp when they host the Denver Nuggets Sunday at the Toyota Center.

The Rockets are coming off Friday's 111-107 win over Kevin Durant and the Oklahoma City Thunder, as James Harden dumped in 39 points, grabbed nine rebounds and handed out seven assists. Harden made just 9-of-22 shots, but finished 17-of-20 from the foul line.

"It was a great win for us, especially since we wanted to get out of the three game losing skid we were on," Harden said. "Just to give ourselves confidence, especially going into the playoffs. We might see them. It was a big win for us, it shows the resilience that we have."

Harden is averaging 31.0 points in his last seven games with four 30-point efforts in that time.

Chandler Parsons scored 23 points and Terrence Jones added 16 to go along with 11 rebounds. The Rockets shot 42.3 percent and improved to 30-8 at home this season. Houston is 12-1 in its past 13 games as the host.

Houston ended a three-game slide and won for the sixth time in nine tries.

Omer Asik had nine points and 12 rebounds in place of Dwight Howard, who is still bothered by an ankle issue. Howard is day-to-day.

The Rockets are second in the NBA with 106.8 points and will start a three- game road trip Tuesday against the Los Angeles Lakers, Nuggets and Minnesota Timberwolves.

Denver is scheduled to play its next two games against the Rockets and has lost five of the last six contests.

In Friday's 100-92 setback at Memphis, Randy Foye scored 21 points, Kenneth Faried had 17 points and 12 rebounds and Ty Lawson finished with 16 points off the bench for the Nuggets. The Nuggets made 36 percent from the field.

"It was kind of an ugly game," Nuggets head coach Brian Shaw said. "We just have to keep continuing to fight and finish this thing out."

The Nuggets are winless in their last five road games and have a 13-25 mark outside the Mile High City. In injury news, Lawson is doubtful Sunday with a sprained knee suffered against the Grizzlies. He turned his ankle after stepping on Memphis guard Mike Conley's foot while driving to the basket.

Denver dropped a 122-111 decision at Houston on Nov. 16, when Howard made 17 of his 24 foul shots en route to 25 points. Lawson had 28 points and 17 assists in that one for the Nuggets, who had a seven-game win streak in the series come to a halt.

Howard and Lawson could miss Sunday's game, leaving scoring duties up to Harden, Foye and Faried. 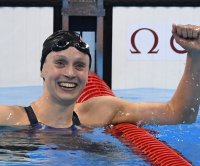 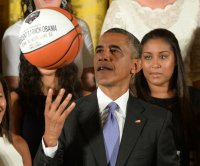 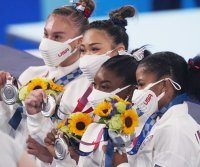 Sports News // 10 hours ago
Olympics: Gymnasts, swimmers help Team USA take medal count lead
July 27 (UPI) -- Swimmers, gymnasts, a triathlete and a surfer were among those who won Team USA's 11 medals Tuesday at the 2020 Summer Games. The performances helped the Americans take over as medal count leaders through Day 4. 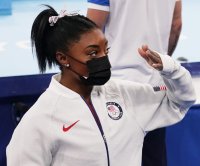 Sports News // 13 hours ago
Japan's Naomi Osaka, Americans ousted in second round of Olympic tennis
July 27 (UPI) -- Marketa Vondrousova of the Czech Republic upset No. 2 Naomi Osaka of Japan in another shocker from the 2020 Summer Games tennis tournaments Tuesday in Tokyo. The last Americans also were eliminated from contention.
Advertisement