(SportsNetwork.com) - After posting their first winning season in 10 years, the Kansas City Royals took the offseason to do ... nothing.

Okay, they did make some moves in the offseason, but nothing sexy. General manager Dayton Moore kept the young core of this team intact, giving manager Ned Yost the tools to make a run at a title or at least a wild card spot.

Even though Moore lacked the big-name free-agent acquisition, he did make two moves that should allow veterans such as left fielder Alex Gordon, designated hitter Billy Butler and first baseman Eric Hosmer to produce from the middle of the lineup.

First, Moore went out and got Norichika Aoki from the Milwaukee Brewers in exchange for pitcher Will Smith and then he signed second baseman Omar Infante to a four-year contract. Aoki gives the Royals a leadoff hitter that Yost wanted, while Infante is a veteran two-hole hitter.

"We wanted to acquire a leadoff hitter so we could move Alex Gordon more to the middle of the lineup," said Moore at the time of the Aoki trade. "I like the speed, I like the versatility; he (Aoki) gives us a lot of flexibility in the outfield."

Infante, meanwhile, not only fills the lineup need, but also fills a need at second base. He hit .318 with 24 doubles, 10 homers and 51 RBI in 118 games last season with the Detroit Tigers.

The issue for the Royals will be its pitching, specifically the starting rotation where Moore didn't add any big names and actually lost right-hander Ervin Santana to free agency.

After "Big Game" James Shields, the Royals don't have any overwhelming arms in the rotation. However, their bullpen and closer Aaron Crow doesn't have the track record to instill any confidence.

WILL AOKI BE THE LEAD-OFF HITTER NED YOST ENVISIONS?

Aoki should be able to effectively fill the need of a lead-off hitter for Yost's club. Last year with the Brewers, in the lead-off spot, Aoki hit .296 with a .367 on-base percentage in 538 at-bats.

His stolen base percentage overall wasn't that great (20 SB in 32 attempts), but he led the majors by striking out just once in every 14 at-bats.

As long as Aoki can produce in this position, the Royals offense should click.

WILL THE STARTING ROTATION BE ABLE TO KEEP THE TEAM IN GAMES?

This is probably the biggest question mark for the Royals, as the loss of Ervin Santana will hurt this group.

James Shields is by far the most consistent starter for Yost. In 34 starts last year for the Royals, the right-hander went 13-9 with a 3.15 ERA, striking out 196 and walking just 68 in 228 2/3 innings. The workhorse has tossed over 200 innings in seven straight seasons, so the concern about keeping up that pace could be a concern.

However, after Shields the rest of the rotation is suspect. Jason Vargas went just 9-8 with a 4.02 ERA in 24 starts with the Angels last year, while Bruce Chen was 9-4 with a 3.27 ERA, splitting time in the rotation and in the bullpen a season ago for the Royals. Jeremy Guthrie made 33 starts for the Royals in 2013 and posted a 15-12 mark with a 4.04 ERA.

One player to keep an eye on is rookie right-hander Yordano Ventura, who beat out Danny Duffy for the fifth starter spot. The 22-year-old can hit 100 m.p.h. on the radar gun and has been one of the more impressive starters this spring with a 1.76 ERA in 15 1/3 innings. He's also fanned 15 batters in that time.

If this youngster can continue to blossom, then maybe the Royals can make a push.

WILL THE MIDDLE OF THE LINE-UP PRODUCE?

It's a safe bet to think that Alex Gordon and Billy Butler will continue to produce for the Royals. Gordon hit .265 with 20 homers and 81 RBI a season ago, hitting mostly at the top of the lineup, while Butler hit .289 with 15 homers and 82 RBI.

Even though Butler's numbers were down from his .313, 29 homer, 107 RBI season of 2012, the production of Eric Hosmer and Mike Moustakas will help catapult the Royals into playoff contention.

Hosmer did come through with 17 homers, 79 RBI and a .302 batting average in 2013. But that was after a 2012 season that saw him hit just .232. So, which Hosmer will the Royals see this year will likely depend on their success.

Equally important to Kansas City is Moustakas, who in three seasons with the team has hit just .244. In 2013, Moustakas hit just .233 with 12 homers and 42 RBI in 136 games. If he can produce at just a decent clip, this offense goes from good to great as it would give the Royals as solid a one through six as any team in the majors.

The overall success of the Royals will lie with the two through five spots in the starting rotation. Assuming Shields produces at his expected rate, if just two of those four spots can produce decent number, the Royals have a chance at making a wild card run.

The Royals have a real chance to post consecutive winning seasons. As a matter a fact, anything less than a winning season, would be a disappointment. This lineup is built to score a lot of runs and if the pitching can produce, it's not impossible that the Royals could be in the wild card hunt going into September. Playing meaningful games at the end of the season could help the team make a run at the starting pitching help it needs. 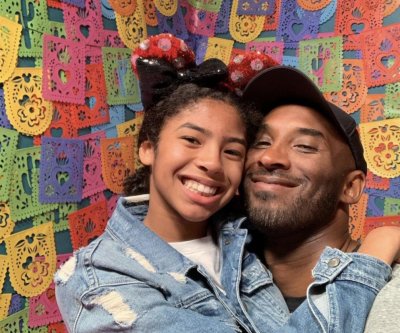