Cliff Pennington and Didi Gregorius each had three hits Wednesday earning the Arizona Diamondbacks a 9-2 win over the Los Angeles Dodgers in spring training. 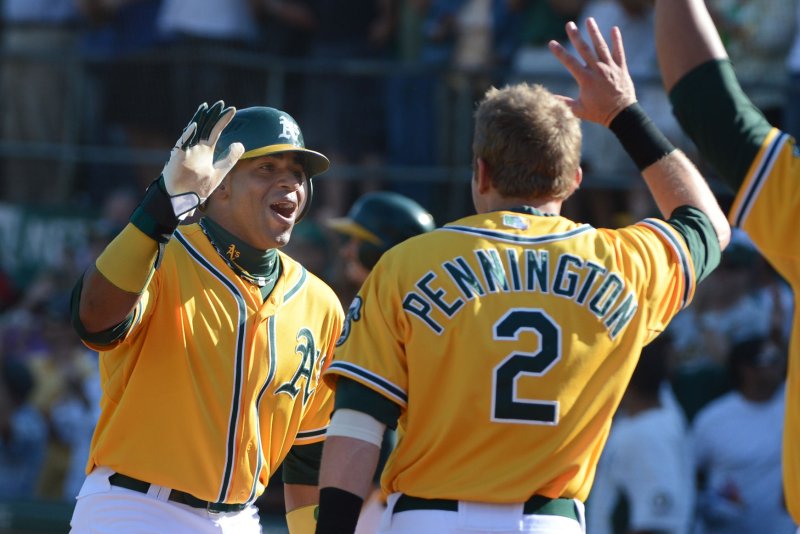 Oakland A's Yoenis Cespedes (L) celebrates with Cliff Pennington after scoring in the eighth inning against the Texas Rangers at the Coliseum in Oakland, California on October 3, 2012. The A's took the game 12-5 and the AL West. UPI/Terry Schmitt | License Photo

Glendale, Ariz. - Cliff Pennington and Didi Gregorius each had three hits Wednesday and the Arizona Diamondbacks cruised to a 9-2 win over the Los Angeles Dodgers in spring training.

Pennington had two RBI, Gregorius drove in a run and Andy Marte hit a solo homer for the Diamondbacks.

Arizona starter Michael Lee gave up a two-run double to Andre Ethier in the first inning but settled down to retire seven of the last eight batters he faced. 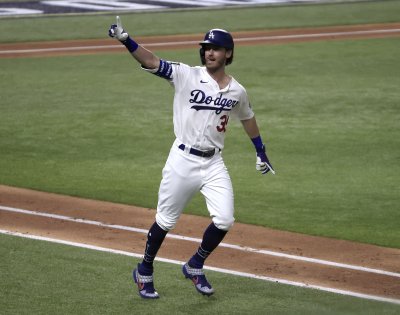