The former players want a Cook County judge to block non-charitable uses of the video, which they say has been marketed without their permission.

The defendants include rights owner Julia Meyer and the Renaissance Marketing Corp, who allegedly have collected fees for licensing the video and not given the ex-players their cut.

"In my opinion, they used us and they made a lot of money and now is the time to pay up," plaintiff Otis Wilson told the Chicago Tribune. 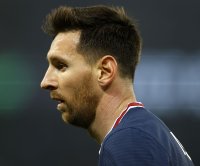