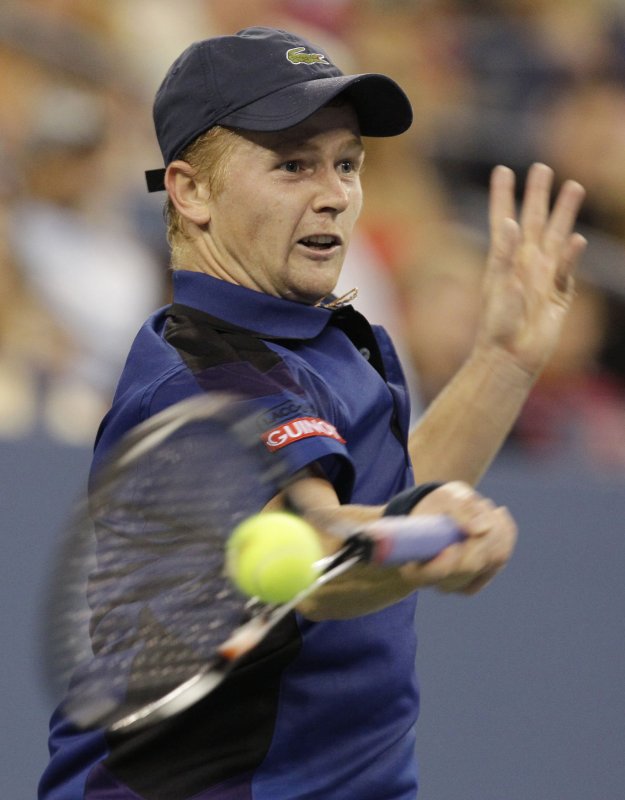 Belgium visits Astana, Kazakhstan, for a best-of-five series this weekend with the winner gaining a spot in the Davis Cup quarterfinals in April against the winner of a series sending Switzerland against Serbia.

The matches in Kazakhstan are to be played on an indoor hard court.

Kazakhstan lost in the World Group quarterfinals two of the last three years -- its only appearances in the top tier of the Davis Cup. (Prior to 1995 Kazakh players were on the Soviet team.)

Belgium is 88-89 all-time in Davis Cup series, having reached the 1904 finals (losing to the British Isles). More recently, the Belgians advanced to the 1999 semifinals.

The first match Friday is to have Kukushkin, who is ranked 67th, going against No. 163 Ruben Bemelmans with Golubev, ranked 88th, facing No. 113 David Goffin.

The Kazakhs have substantially more Davis Cup experience in singles, with Kukushkin and Golubev combining for a 30-13 record while Goffin and Bemelmans are 8-9 in Davis Cup matches.

The Belgians are to send Kimmer Coppejans and Olivier Rochus out for the doubles match Saturday versus Kazakhs Evgeny Korolev and Denis Yevseyev.

Sunday's schedule opens with Kukushkin facing Goffin and the series is to end with Golubev taking on Bemelmans.