NEW YORK, Dec. 19 (UPI) -- Brandon Sutter produced the only shootout goal in the fifth round Wednesday to bring Pittsburgh a 4-3 triumph over the New York Rangers.

Pittsburgh allowed a two-goal lead in the third period to melt away, but prevailed in the shootout for their fifth straight victory.

After eight shots were taken in the shootout without a goal being scored, Benoit Pouliot opened the fifth round by putting his attempt over the net. Sutter then beat Henrik Lundqvist between the pads to end the contest.

Sutter also scored 6:26 into the third period to give the Penguins a 3-1 lead, but Mats Zuccarello and Derick Brassard then scored for the Rangers to force overtime.

Brassard's goal came on the power-play with 1:46 to go in regulation.

Marc-Andre Fleury made 29 saves in the victory. Lundqvist gave up three goals on 32 shots.

New York is in the midst of a nine-game homestand, on which the Rangers are 1-4-1.

Sports News // 8 hours ago
NASCAR driver Ryan Newman suffered head injury in Daytona 500 crash
Feb. 23 (UPI) -- Less than a week after a fiery crash at the end of the 62nd running of the Daytona 500, Ryan Newman provided an update on the injuries he sustained on the final lap of the race. 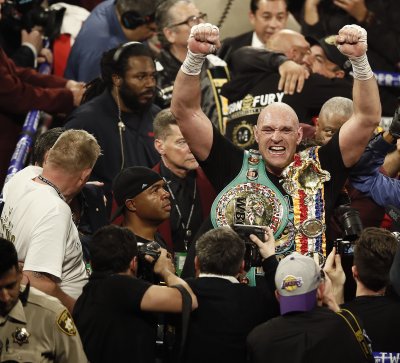