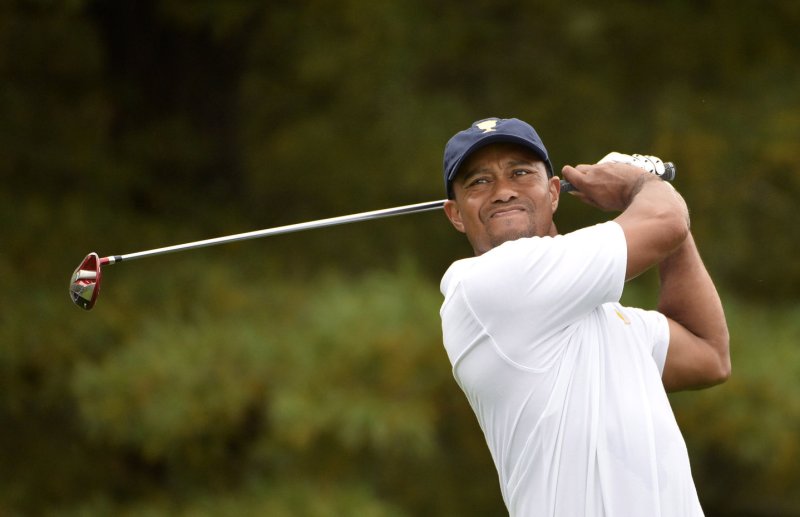 Tiger Woods, shown during October's Presidents Cup competition, used a 9-under-par 63 in the second round Friday to pull within one stroke of the leader at the European Tour's Turkish Airlines Open. UPI/Brian Kersey | License Photo

ANTALYA, Turkey, Nov. 8 (UPI) -- Henrik Stenson is among four players atop of the leaderboard of the European Tour's Turkish Airlines Open and Tiger Woods is right behind the leaders.

Stenson, who led after the first round was completed earlier Friday with an 8-under-64, turned in a 68 in the second round. Victor Dubuisson had a second-round 65 and Ian Poulter and Justin Walters each shot second consecutive 66s, leaving a four-way tie for first at 12-under 132.

Woods, who completed his first round at 2-under, fired an eye-grabbing 9-under 63 in pulling within one stroke of the leaders. Woods' first round included bogeys at Nos. 9 and 18 but the second featured birdies at those holes along with seven others.

He ran off three consecutive birdies over Nos. 2-4 and closed with three birdies in the final four holes.

Stenson, playing alongside Woods and Justin Rose, opened his second round with nine pars. He was 4-under on the second nine, with an 18th-hole birdie that pulled him into the first-place tie.

Dubuisson's second round was fired by consecutive birdies over Nos. 10-13 and included a bogey at 17.

Poulter had four birdies in the final six holes of his bogey-free second round while Walters' card was dotted with nine birdies and three bogeys. 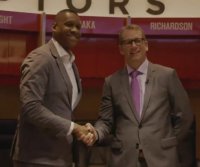 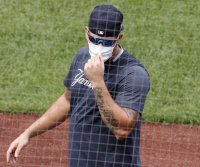 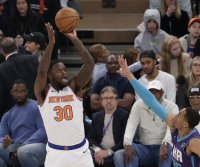 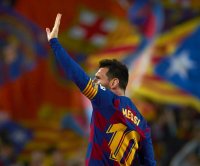 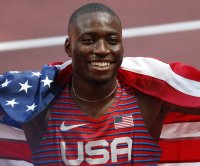 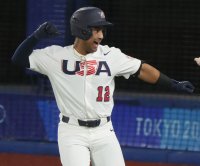