SUNRISE, Fla., Oct. 25 (UPI) -- Jhonas Enroth's outstanding 44-save effort Friday gave him his first win of the season and brought Buffalo a 3-1 decision over Florida.

Despite giving up more than twice as many shots as they took, the Sabres ended a three-game losing streak and won for just the second time this year in 12 tries.

Enroth, who has spent his entire five-year NHL career as a backup goaltender for Buffalo, had lost his other three appearances this season. The only goal he allowed came from Jesse Winchester that gave the Panthers the lead in the first period.

Rookie defenseman Rasmus Ristolainen lifted Buffalo into a tie with his first NHL goal, coming with 6:28 to go in the second.

Steve Ott gave Buffalo the lead with 7:18 remaining in regulation and Buffalo clinched the win when Cody Hogdson scored into an empty net with 55 seconds to play.

Jacob Markstrom faced only 19 shots in taking the loss, the second straight for the Panthers. 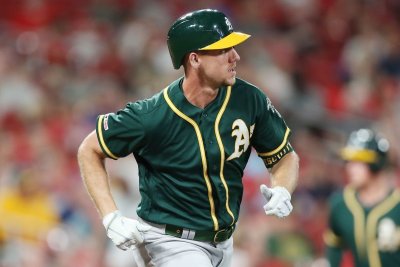