NEWARK, N.J., Oct. 24 (UPI) -- Mike Santorelli scored on the first attempt of the shootout Thursday and that goal stood up to bring Vancouver a 3-2 decision over New Jersey.

The Devils remained stuck on one victory this season, having suffered four of their nine losses in overtime.

New Jersey grabbed a 2-1 lead through one period on goals by Patrik Ellis and Eric Gelinas, but Vancouver tied it in the second on a slap shot from Daniel Sedin.

That was all the scoring until the shootout started and Santorelli immediately put the Canucks in front by beating Cory Schneider.

Roberto Luongo proceeded to stop shots by Travis Zajac, Adam Henrique and Ellis to wrap up the victory.

Luongo turned aside 28-of-30 shots during regulation and overtime. Schneider, appearing for the fourth time in five games after Martin Brodeur got off to a struggling start this season, made 19 saves. 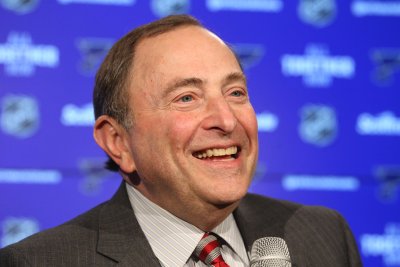