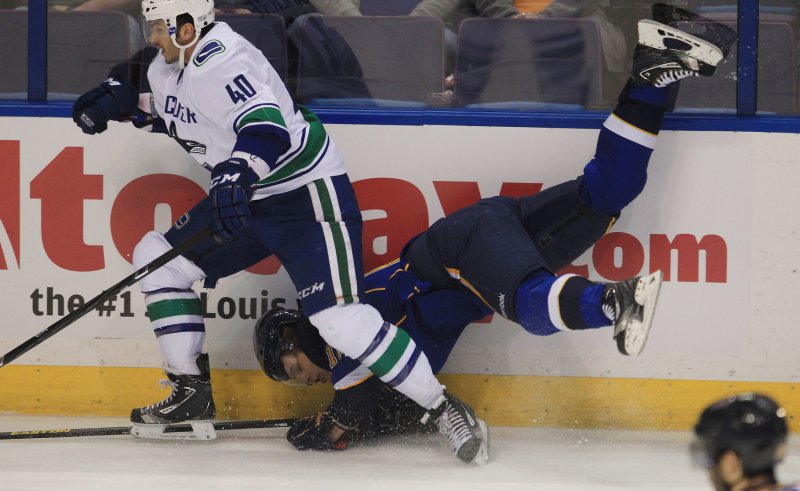 Dan Boyle of the San Jose Sharks is taken from the ice on a stretcher after being injured in a hit by Maxim Lapierre of the St. Louis Blues at Scottrade Center in St. Louis, Oct. 15, 2013. UPI/Bill Greenblatt | License Photo

The NHL said Lapierre had been banned in anticipation of a disciplinary hearing, the date of which had yet to be determined.

The suspension came after Lapierre checked Boyle's face into the glass during the first period of Tuesday's 6-2 loss to San Jose in St. Louis.

Boyle crumpled to the ice after the hit, which triggered a brawl and resulted in Lapierre's ejection from the game. The San Jose player was removed from the ice on a stretcher and kept overnight at a St. Louis hospital.

The Sharks didn't release a medical update Wednesday but Boyle told the San Jose Mercury News in a text message he was "OK" and hopeful his symptoms would be minor.