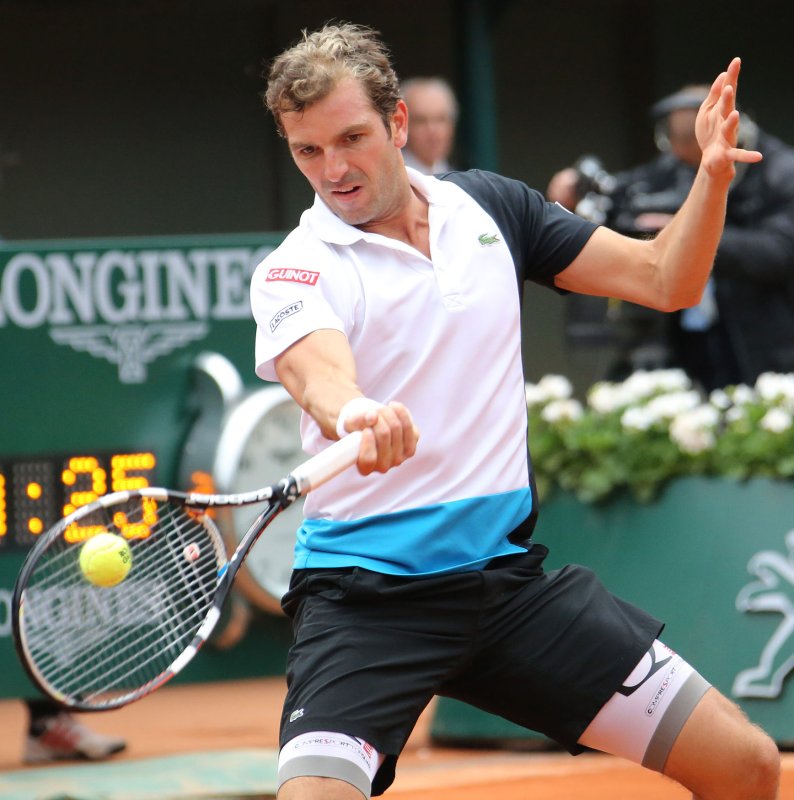 Julien Benneteau, shown at the 2013 French Open, posted a win Saturday that put him into the finals at the Malaysian Open. He'll play Joao Sousa for the title on Sunday. UPI/David Silpa | License Photo

Sousa, who beat world No. 4-ranked David Ferrer in the quarterfinals, took out fourth-seeded Jurgen Melzer 6-4, 3-6, 6-4 on Saturday.

Sousa finished with four breaks -- two each in the first and third sets -- which offset the one break Melzer managed in each set.

Benneteau ousted second-seeded Stanislas Wawrinka 6-4, 6-3 by converting five of his six break opportunities. He won nearly half -- 29-of-59 -- of the points when Wawrinka served.

Sunday's winner will be a first-time ATP champion. Sousa will be appearing in his first final while Benneteau is 0-8 in title matches. He's been in at least one final each year since 2008 and lost to Juan Martin del Potro in the final in the Netherlands in February.