Gordon, from Trinidad and Tobago, was timed in 47.69 seconds, the best time in the world this year. Tinsley, from the United States, was clocked in a personal best 47.70. Serbian runner Emir Bekric was third in 48.05.

Gordon had just enough kick left to hold off Tinsley as both fell while lunging for the tape. It was the second international silver medal for Tinsley, who was second at the Olympics last year.

Kenyan runner Ezekiel Kemboi picked up his third consecutive world championship in the 3,000-meter steeplechase, finishing about a third of a second ahead of countryman Conseslus Kipruto.

Zuzana Hejnova of the Czech Republic claimed the gold medal in the women's 400-meter hurdles, crossing in a 2013-best 52.83 seconds. U.S. runner Dalilah Muhammad was second at 54.09 and another American, 2011 World Champion Lashinda Demus, was third in 54.27.

Sweden's Abeba Aregawi came in ahead of 2011 World Champion Jennifer Simpson, and won the women's 1,500. Aregawi finished in 4 minutes, 2.76 seconds, the best in the world so far this year. Simpson, from the United States, was second at 4:02.99 and Hellen Onsando Obiri, of Kenya, took the bronze medal in 4:03.86.

Ukraine's Bohdan Bondarenko cleared 2.41 meters (7.91 feet) in winning the high jump. Mutaz Essa Barshim of Qatar took the silver and Canadian jumper Derek Drouin was third. Barshim and Drouin, who tied for third in the 2012 Olympics, both cleared 2.38 meters.

Colombian Caterine Ibarguen took the gold medal in the women's triple jump, covering 14.85 meters (48.72 feet), another 2013 best. Russia's Ekaterina Koneva won the silver at 14.81 and Ukraine's Olha Saladuha, the defending world champion, was third with a jump of 14.65.

The three silver medals and one bronze won by American athletes, pushed the U.S. medal total to 14 overall, including four gold medals. The Americans have won eight silvers.

Kenya and Russia, both with three gold, three silver and two bronze, have the second most-medals with eight. 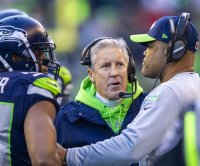 Sports News // 7 hours ago
For Novak Djokovic, French Open, U.S. Open in doubt due to being unvaccinated
Jan. 18 (UPI) -- Tennis great Novak Djokovic's quest for a record 21st Grand Slam title could be delayed further because of government officials' concerns that he has not been vaccinated for COVID-19,

Sports News // 12 hours ago
Australian Open tennis: Tsitsipas, Sabalenka advance, top Americans ousted
Jan. 18 (UPI) -- Stefanos Tsitsipas and Aryna Sabalenka were among the top-seeded players to win Tuesday at the Australian Open. Sofia Kenin and Coco Gauff, the top Americans in the tournament, each were eliminated in the first round.

NFL // 14 hours ago
Matthew Stafford, Rams crush Cardinals, advance to divisional round
Jan. 18 (UPI) -- Veteran quarterback Matthew Stafford earned his first career playoff win, throwing for two scores and running for another in a dominant Los Angeles Rams victory over the Arizona Cardinals in the 2022 NFL wild-card round. 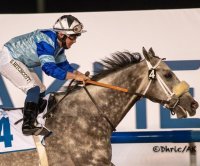