PHOENIX, Aug. 13 (UPI) -- Adam Eaton cracked a homer in the bottom of the ninth inning Monday, sending the Arizona Diamondbacks over Baltimore 7-6 in an interleague game.

Arizona had grabbed a 6-5 lead in the eighth on a Wil Nieves solo homer, but the Orioles battled back to tie the contest in the top of the ninth on Nick Markakis' sacrifice fly off Brad Ziegler (6-1).

It didn't take long for the D-backs to respond, however, as Eaton (two hits, two RBI) drilled the first pitch he saw from Darren O'Day (5-2) leading off the bottom of the inning over the right-field fence for a game-winning clout, his first homer of the year.

Aaron Hill went 2-for-4 with a solo blast and two RBI as Arizona notched a victory in the first of a three-game series.

Chris Davis belted his MLB-best 43rd homer of the year, Matt Wieters also went deep and Brian Roberts drove in a pair of runs for Baltimore, which trails Oakland by 2 1/2 games for the final American League playoff spot.

Sports News // 3 hours ago
Australian Open: Rafael Nadal hits ballgirl on head with shot, gives her kiss
Jan. 23 (UPI) -- Tennis star Rafael Nadal accidentally hit a ballgirl with one of his shots during his second round match at the 2020 Australian Open on Friday in Melbourne.

Sports News // 5 hours ago
Australian Open: Federer and Halep cruise; Thiem wins 5-set marathon
Jan. 23 (UPI) -- Roger Federer and Simona Halep coasted to wins at the Australian Open and Dominic Thiem survived a five-set thriller to advance to the third round of the Melbourne tournament on Thursday. 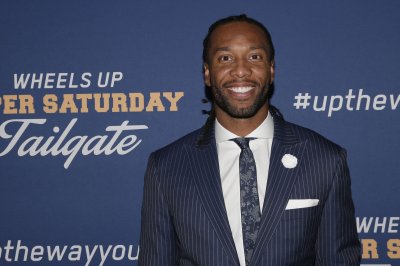