Puig belted a solo homer in the first inning for an early Dodgers lead but played a bigger role in the eighth with the game tied 1-1.

Nick Punto led off with a double against Giants starter Madison Bumgarner and went to third when the San Francisco hurler threw wildly to first on Mark Ellis' sacrifice bunt.

George Kontos came in to pitch and Puig (3-for-4) greeted him by lining a hit past diving shortstop Brandon Crawford and into the left field, chasing home Punto with the go-ahead run.

Hanley Ramirez added an insurance RBI later in the frame and Los Angeles went on to record a win in the opener of a three-game set.

Paco Rodriguez (2-2) earned the decision after setting down the final two batters in the top of the eighth and Kenley Jansen struck out the side in the ninth for his fifth save.

Andres Torres got the Giants' only RBI.

MLB // 5 hours ago
MLB cancels June series between Cardinals, Cubs in London
April 1 (UPI) -- Major League Baseball on Wednesday canceled 2020 London series games between the St. Louis Cardinals and Chicago Cubs, which had been scheduled for June, because of the coronavirus pandemic. 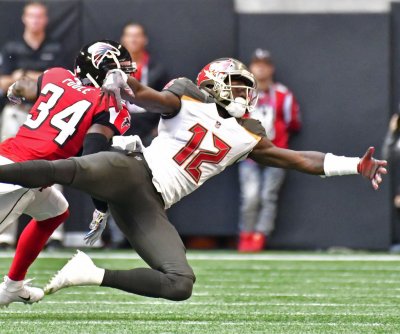