Pittsburgh ended a two-game skid that had followed 15 consecutive wins.

The teams battled through two scoreless periods before Jokinen put a slap shot past Henrik Lundqvist 30 seconds into the third.

Rick Nash tied it for the Rangers with 4:49 to go in regulation.

Jokinen's shootout goal came in the first round and goalie Marc-Andre Fluery was perfect for the Penguins.

Pittsburgh increased its lead over Montreal for the best record in the Eastern Conference to five points.

The Rangers, who went into the game holding down the eighth spot in the conference standings, had won two in a row.

NFL // 5 hours ago
NFL owners agree to expand playoff field to 14 teams
March 31 (UPI) -- NFL team owners voted to approve the expansion of the playoff field from 12 to 14 teams, starting with the 2020 season.

NFL // 16 hours ago
Tom Brady pitched himself to Buccaneers front office before signing
March 31 (UPI) -- Tom Brady is arguably the greatest quarterback in NFL history, but he did some personal promotion this off-season before being signed by the Tampa Bay Buccaneers. 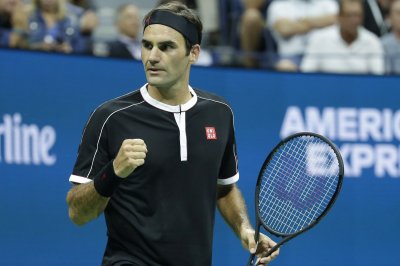