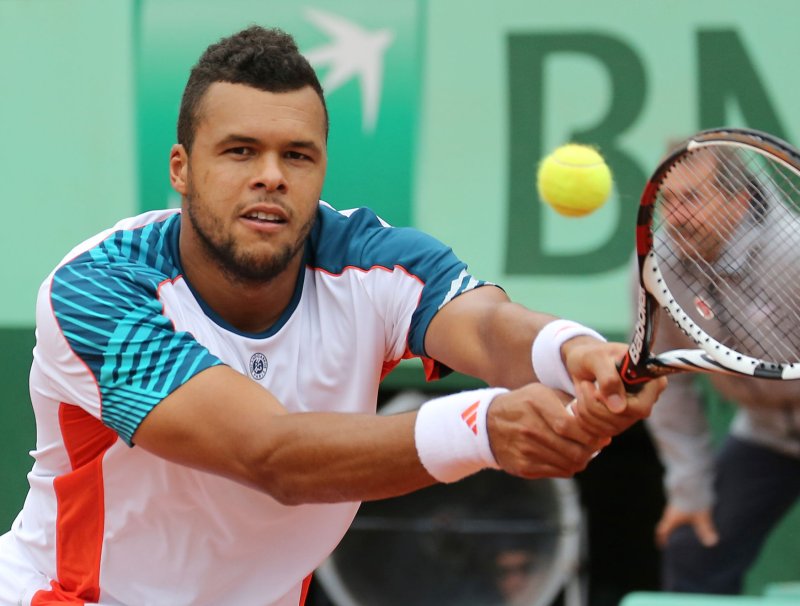 Jo-Wilfried Tsonga, shown at the 2012 French Open is one of two Top 10 players France will have on the court this weekend against Israel in a Davis Cup first-round series. UPI/David Silpa | License Photo

The 2013 Davis Cup tournament begins Friday with eight best-of-five series, including Israel traveling to Rouen, France, for a series against France. The matches will be played on an indoor hard court.

The winner moves into the Davis Cup quarterfinals April 5-7 against the winner of a series between Argentina and Germany.

Tsonga, No. 8 in the world rankings, was chosen by new French captain Arnaud Clement to open the series against Israel's Amir Weintraub, who is ranked 173rd. Gasquet, ranked 10th, meets No. 106-ranked Dudi Sela in the second singles match Friday.

Sela and Jonathan Erlich are to take the doubles match for Israel against Julien Benneteau and Michael Llodra. Sunday's schedule has Tsonga opening against Sela and Gasquet playing Weintraub.

Israel is in the world group for a 10th year and was a surprise semifinalist in 2009, losing to Spain. France owns nine Davis Cup titles, the first coming in 1927 and the most recent in 2001.

France has won all three of its Davis Cup series versus Israel, although they haven't met since 1998.