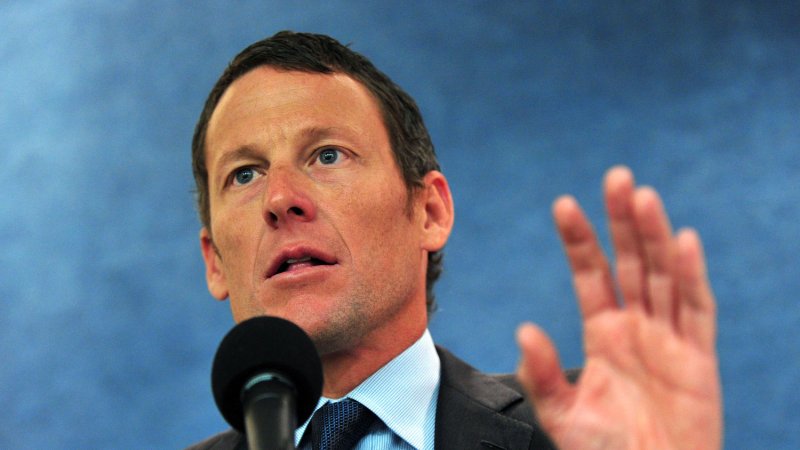 Armstrong, who was stripped of his seven Tour titles last year after the U.S. Anti-Doping Agency determined he led "the most sophisticated, professionalized and successful doping program that sport has ever seen," admitted to using erythropoietin, cortisone, testosterone, human growth hormone and other banned drugs.

He said he didn't believe it would have been "humanly possible" to achieve his success without cheating, but he believed he was operating on a "level playing field."

In a 90-minute interview recorded in Armstrong's hometown of Austin, Texas, Monday and broadcast on Winfrey's struggling OWN cable channel Thursday night, Armstrong said he had "no good answer" for why he was coming clean about cheating now, saying, "This is too late," and "that's my fault."

But he said the lie had become too big to sustain.

"I view this situation as one big lie that I repeated a lot of times. ... This story was so perfect for so long," he said, calling it a "mythic, perfect story that wasn't true."

"Behind that picture and behind that story was momentum" fueled by fans and the media, Armstrong explained. "I didn't invent the culture, but I didn't try to stop the culture."

He said performance-enhancing drugs were as standard for him and his team as "air in our tires" and "water in our bottles" -- and he "knew he was going to win."

"The winning was almost phoned in," he said.

"I viewed it as very simple. You had things that were oxygen-boosting drugs ... that were incredibly beneficial for endurance sports ... and that's all you needed."

It didn't feel wrong, and he didn't feel bad about it. It didn't even feel like cheating at the time, he said.

Avoiding positive drug tests was simply "a question of scheduling," Armstrong said, admitting to being a "bully" to teammates and confidants who turned against him. He blamed being diagnosed with testicular cancer for turning him into a person willing to "win at all costs."

He said he and his team "sued so many people" for telling the truth about his doping that he lost count, describing himself as "a guy who expected to get whatever he wanted and to control every outcome."

Armstrong retired from cycling after winning the Tour de France seven consecutive times from 1999-2005. He mounted a comeback in 2009, placing third, and in 2010, placing 23rd. He told Winfrey those final two performances were clean.