Rory McIlroy of Northern Ireland celebrates a birdie putt on hole 18 for his 8-stroke victory in the final round of the PGA Championship on August 12, 2012 at the Ocean Course in Kiawah Island, South Carolina. UPI/David Tulis

Less than a mile from where Rory McIlroy lifted the Wannamaker Trophy, a story, a legend, had unfolded a few years ago. As with all legends, there is much doubt as to the historical truth of the story told, especially because all traces of the scenes have been carefully erased.

Although the exact facts of this legend can never be proven, the story itself holds true.

Every golfer who has ever experienced days like Rory did this past Sunday knows first-hand the truth found within this legend.

In 2000, Will Smith embodied a legendary caddie, Bagger Vance, who helped his player, Rannulph Junah, overcome personal obstacles to triumph in extraordinary circumstances.

"The Legend of Bagger Vance" took place on the northeast end of Kiawah Island, on virtually the same spot that last week's PGA Championship was played.

For the making of the movie, a hole was built to stage the golf scenes of this now famous story. Once the movie was finished, that infamous hole, located adjacent to the Ocean Course, was dismantled and the land was returned to its previous condition.

After watching Rory McIlroy this past Sunday, I am tempted to say that author Steven Pressfield's story simply pre-dated the actual events, events that millions had the opportunity to witness first hand!

Watching Rory play on Sunday was reminiscent Rannulph Junah, the story-book character who was mysteriously coached into a "no-thinking" state of mind, a state of mind known to athletes as The Zone and to mystics as Zen Action.

A legend in the making

RELATED McIlroy back on top of golf rankings

The fact that Rory can win by record breaking margins in Majors simply goes to show the almost limitlessness of his talent. But where has that talent been hiding since July 2011 at the US Open?

Hearing him complain at the British Open that same year about how weather influences the results in golf seemed strange and particularly out-of-place for someone who must have played many a day in bad weather as a youth.

After all, golf is played outdoors; it seems quite natural for the weather to influence the results. I found it quite disdainful for the reigning U.S. Open champion to be making such comments. And to watch his body language over the past year in tournaments when he wasn't doing so well made me question his potential to become a great champion.

This just goes to show that sometimes talent just needs to be coached a little. As David Stockton knows, coaching talent like Rory goes well beyond explaining how to position forearms and how to move a club back and forth. Coaching this kind of talent means helping tap into potential. It means helping a player trust and commit. And sometimes it means a dose of tough love.

As told in the legend, the trick is knowing how to tap into the potential--how to make potential a reality. Taking a lesson out of Tiger Woods' own book, finding the ideal state of mind is sometimes a fine line between "trying to enjoy the moment" and "trying to create the very moment that you want to enjoy."

Perhaps the legend of Bagger Vance is not such a legend after all. Perhaps it is a reality that is yet to be created. 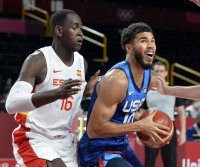