Cain (11-5) surrendered seven hits and a walk while striking out six in the outing a day after being honored in an ATT&T Park ceremony for his June 13 perfect game against the Houston Astros.

The right-hander responded by breaking a personal four-start winless streak during which he had allowed 15 runs over 25 2/3 innings.

Posey's shot in the third inning doubled the Giants' lead to 4-0 while Angel Pagan added a two-run triple for San Francisco, which came into the contest tied with the Los Angeles Dodgers for the National League West lead.

The victory broke a two-game Giants skid and evened their three-game set with the Rockies.

DJ LeMahieu socked his first major-league homer in the loss.

Sports News // 9 hours ago
Tiger Woods, Phil Mickelson planning rematch including Tom Brady, Peyton Manning
April 2 (UPI) -- Star golfers Tiger Woods and Phil Mickelson are in talks to have a televised rematch after battling in a 1-on-1 matchup in 2018. 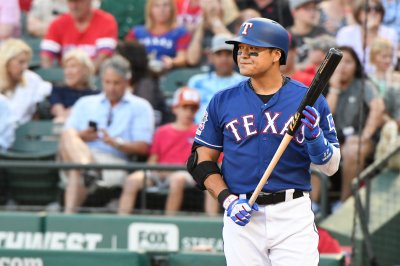