"I have decided to retire from the NFL," Thomas wrote Sunday, expressing in a follow-up message an interest in coaching and mentoring young people.

The daily grind of training camp played a role in his decision, Thomas told ESPN Chicago.

I definitely feel like it's a weight lifted, the beginning of my true life," he said.

Bears Coach Lovie Smith did not attempt to dissuade Thomas, saying: "He's not with us anymore, decided he didn't want to play any more football. You don't want a guy out here if he's not totally into football and he has a passion to play it."

Drafted by the Washington Redskins in 2008, Thomas played in 55 games with the Redskins, Carolina Panthers and New York Giants. The Bears signed him to a one-year contract in March. 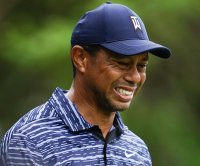