Washington, which built a four-game lead over Atlanta in the National League East during the first half of the season, held an opponent to no more than one run for the 15th time in 2012.

Zimmerman (6-6) struck out six and walked just one batter while winning for the third time in four starts.

Ryan Zimmerman's ninth homer, a two-run shot in the third, gave the Nationals a 3-0 lead. Jesus Flores added a two-run single in the sixth as part of Washington's sixth win in eight games.

Josh Johnson (5-6) surrendered all the Washington runs on 11 hits over 5 1/3 innings. He has started against the Nationals 16 times in his career and this was the first time he has lost to them. 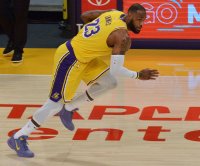