Friedrich (5-6) struck out seven and gave up five hits to hold Philadelphia in check until the Rockies' offense put together five runs over the sixth and seventh innings.

Josh Rutledge, making his major league debut, doubled home Colorado's first run in the second inning and his sacrifice fly in the sixth put the Rockies in front for good at 2-1.

Eric Young added an RBI single in the sixth and Colorado struck for three more in the seventh, when Ramon Hernandez singled in a run and scored on Michael Cuddyer's triple, and Cuddyer scored on a throwing error by Carlos Ruiz on an attempted pickoff.

Cliff Lee (1-6) gave up three runs, two earned, on nine hits in six innings to take the loss. His only victory this year came in his final start prior to the All-Star break. 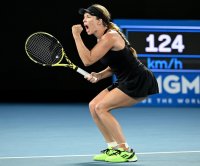 Sports News // 22 minutes ago
Australian Open: Barty, American Collins win semis, to meet in finale
Jan. 27 (UPI) -- Top seed Ash Barty of Australia and No. 27 Danielle Collins of the United States won their respective semifinal matches Thursday at the 2022 Australian Open. They now will meet in the women's singles finale in Melbourne. 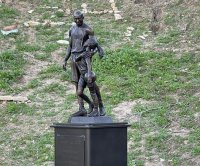 NBA // 9 hours ago
Statue of Kobe Bryant, daughter Gianna erected at site of 2020 helicopter crash
Jan. 26 (UPI) -- A statue of late Los Angeles Lakers great Kobe Bryant and his daughter, Gianna, was placed at the site of their helicopter crash in Calabasas, Calif., on Wednesday, two years to the day of their deaths and seven others. 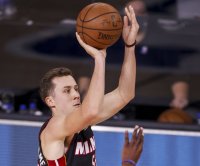 NBA // 9 hours ago
Duncan Robinson, Miami Heat blow out New York Knicks
MIAMI, Jan. 26 (UPI) -- Sharpshooters got the Miami Heat off to a quick start and the NBA's Eastern Conference leaders never looked back in a dominant 110-96 victory over the New York Knicks Wednesday at FTX Arena.

NFL // 10 hours ago
Chiefs fans donate more than $250K to Buffalo children's hospital after playoff win
Jan. 26 (UPI) -- Just days after Kansas City handed the Bills one of the most crushing playoff losses in franchise history, Chiefs fans raised more than $250,000 for the Buffalo community. 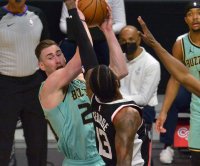