Donald reclaims No. 1 with BMW win

Donald, who led by two strokes after three rounds, posted a 4-under 68 in Sunday's finale, finishing with a 15-under 273. That was four better than than his closest competitors, Justin Rose (70) and Paul Lawrie (66).

Donald's convincing victory on the European Tour's flagship event assured him of displacing Rory McIlroy for the world's top ranking. All he needed was a Top 10 finish after McIlroy missed the cut Friday.

McIlroy had bumped him from the top spot for several weeks.

Donald joined Nick Faldo and Colin Montgomerie as the only players to successfully defend their titles at the British event.

Peter Lawrie claimed fourth with a round of 1-under 71 to finish at minus-8 while Branden Grace fired a 2-under 70 to grab sole possession of fifth at 7-under 281.

NFL // 5 hours ago
Raiders, Giants players latest to opt out of workouts due to COVID-19
April 16 (UPI) -- Members of the Las Vegas Raiders and New York Giants became the latest on a growing list of players to announce they will skip voluntary off-season workouts, citing the ongoing COVID-19 pandemic. 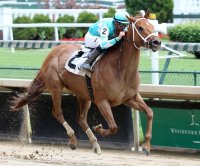