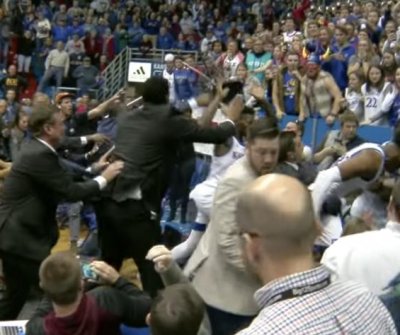 Sports News // 5 hours ago
Kansas' blowout victory over rival Kansas State ends with brawl
Jan. 22 (UPI) -- Disciplinary action is coming for members of the Kansas and Kansas State men's basketball teams, after a game Tuesday night between the in-state rivals ended with a brawl that spilled into the stands.